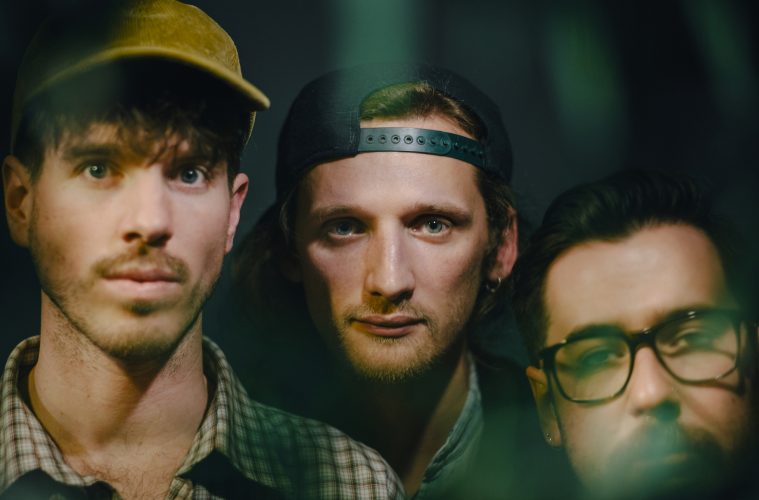 Indie trio BANFI reveal their brand new single ‘The Furniture Song’, out through Communion Records (Bear’s Den, Catfish & The Bottlemen). The first track to be taken from the band’s third EP, ‘Travel Bands’ (due later this year), it sees BANFI reflect on modern communication and the millennial experience. A tender anthem formed through an arresting union of indelible hooks and raw emotion, the song represents a bold step forward for Joe, Aaron and Chris. Produced by Elliot James (Two Door Cinema Club), the track was the pillar around which frontman Joe crafted the group’s new EP.

The news follows a stellar 2018 for the three piece, which saw them embark on more European and UK headline shows, supplemented by a round of appearances playing at European festivals Cinetol and Lakeside.

Following the recently released ‘Marlow‘ EP and tour, frontman Joe threw himself into a new creative project, writing new material for the new BANFI record. ‘The Furniture Song’ was born out of the idea of loneliness and grievances, as Joe explains:

“Have you ever been to party and felt like the sofa is your best friend? Ever been caught staring at a lamp whilst others chat about how interesting their breakfast was? Have you ever felt like dancing but were too embarrassed to whack out that sweet worm you’ve been working on?! Well if any of these are true, then this song is for you!”

Throughout sessions for the EP, ‘The Furniture Song’ became the track that the band would continually return to first, to hone and tweak. It’s an exhilarating pop banger with a fragile heart and represents the definitive statement of a band with a clear vision, starting to write songs that match their own grand ambitions. BANFI are primed for a thrilling and dramatic second act.

Formed in Leytonstone, Banfi started turning heads early on with their infectious brand of alt-pop. Combining complex subject matter such as loss, hope and emotional ambiguity with carefully arranged musicianship, they built up a strong following with a string of impressive singles before their ‘The Jack Powell EP’ and ‘Marlow EP’ last year, and followed this up with a summer spent playing festivals and headline dates in Europe.