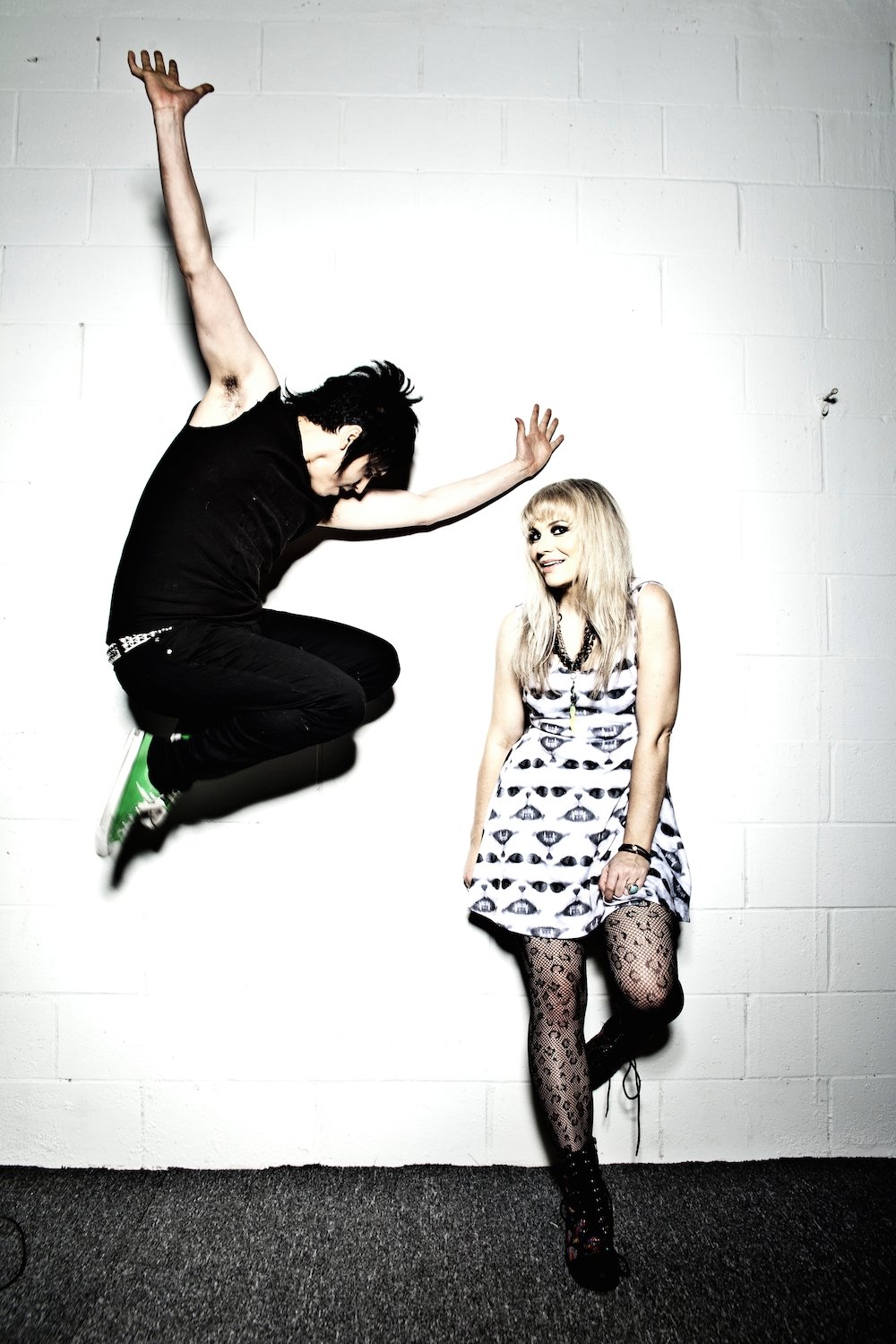 Barefoot and Pregnant – interview with The Dollyrots

RYL: Your last album “Barefoot and Pregnant” was released last February, how was the reaction of your audience when you play its songs live?

The Dollyrots: People love it! It’s been a little different this time around because our biggest fans have been along since we started making the album. We used PledgeMusic and got to see a ton of behind the scenes stuff and hear the songs from inception to the final piece. Because of that people were already singing along at the record release show!

RYL: What is the main inspiration behind its lyrics?

The Dollyrots: Luis and I were in a really cool place for the creation of this album. I was pregnant with our soon to be baby from the beginning of the writing process so we were doing a lot of thinking, day dreaming about the future, reminiscing about the past and sort of freaking out at times.

We pulled from all of our experiences for this album… from young love to dog love, pregnancy cravings, traveling, whiskey fueled nights and life on the pirate ship that is a tour bus.

RYL: Which was the most difficult song to write?

The Dollyrots: Hmmmm, it’s all a happy foggy memory now but writing Nightlight was pretty tough emotionally. It’s about missing the ones you love the most, and although I had a great pregnancy there were a lot of times when I really missed my family and far away friends. I cried when it was time to track it.

The Dollyrots: More often than not they start out as grunts while Luis plays a guitar riff and we go from there. The music or day or whatever is distracting our minds guides the theme and the lyrics come from there. They’re inspired by the music and not the other way around…

RYL: Let’s speak about “Angel in Snow” can you tell us about its lyrics?

The Dollyrots: A lot of songs are sort of mash ups of things… that one… drunken snow angels after a show, a closet coke head girl, hangovers, wanting a fresh start.

The Dollyrots: That was the first song we wrote for the album and I was newly pregnant… I heard Luis playing guitar while I was brushing my teeth in my pjs and feeling nauseous. I spit out my toothpaste and sat down and wrote it in one go. It came from feeling like life would never be the same for us.

That that chapter was closed and man was it FUN! Now I know better, we’re still the same people we just have an awesome little sidekick. But at the time I was afraid we were saying goodbye to those kids we were.

RYL: “Because I’m Awesome” is the favorite song according to ITunes charts, why in your opinion?

The Dollyrots: I think one BIG reason is that it’s our most well known song. Most people in the states have probably heard it at least once even if they don’t realize it. It’s been used in films and on tv (Disney’s Brave, Ugly Betty, Kohl’s Back to School Campaign etc) and got a good amount of radio play too.

But I also think it’s a song that everyone can scream along to and feel good about. Don’t we all need to feel awesome sometimes? Don’t we all envy/hate those people who seem like they have it all together all the time?

RYL: Are you going on tour this summer?

The Dollyrots: We’re playing some headline dates in the Northeast in September and heading to the UK in October to support our pals Buzzcocks! And we play streaming acoustic shows almost monthly on StageIt.com.

Those shows are actually pretty cool… we tell lots of stories and talk about the song meanings or the recordings or what we ate at 4am.

RYL: the song “homecoming” is talking about a true story……tell us more…

The Dollyrots: High school love. The purest of the romantic kind… before the baggage and expectations of life. When it’s just love for love’s sake. We were both fortunate to have experienced that.

RYL: Which is the best verse you ever written?

The Dollyrots: That’s tough… I’m thick in the midst of tour planning right now so this one is standing out for sure.

From Twist Me To The Left, self titled album:

Wake up with my makeup on

Clothes still from the night before

Saw the sun come up again

Only chick upon this chip

But brothers make it less homesick

Showtime comes so here we go

Take a shot head to the door