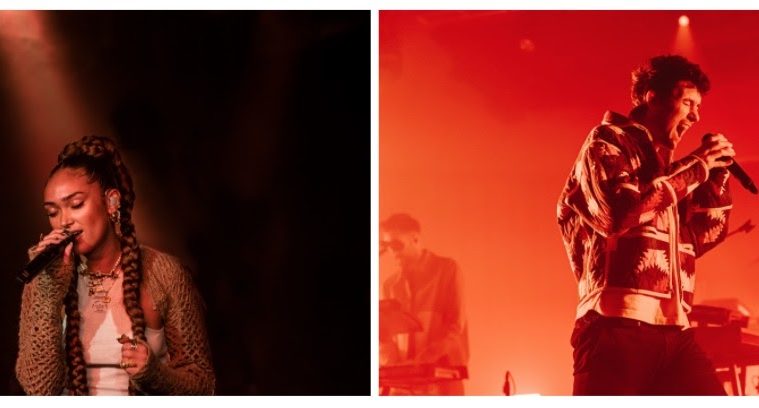 BRITs Week Presented by Mastercard For War Child continued last night with infectious energy from alt rockers Bastille and the gorgeously rich vocals of South London singer-songwriter Joy Crookes. The second night of BRITs Week was ablaze as Bastille gave fans at EartH a first live play through of their forthcoming fourth album ‘GIVE ME THE FUTURE,’ out tomorrow. Joy Crookes’ bewitching show saw the ‘Feet Don’t Fail Me Now’ singer hypnotise the audience at Omeara with a select mix of tracks from her chart topping debut album ‘Skin.’

BRITs Week Presented by Mastercard For War Child gives fans the opportunity to see the biggest names in music in intimate venues across London – all whilst raising money for children whose lives have been torn apart by war. BRITs Week is produced by AEG Presents, UK record labels association the BPI, and War Child, the charity for children affected by conflict. The event series is sponsored for the first time by Mastercard, headline sponsor of The BRIT Awards.

Proceeds from the shows will help to support War Child’s work that aims to reach children as early as possible when conflict breaks out and stay to support them through their recovery – keeping them safe, helping them learn and cope with their experiences, and equipping them with skills for the future.

The series continues tonight with Becky Hill performing at Lafayette, as well as Maisie Peters at Omeara, plus up-close and personal performances to come over February from Fontaines D.C., Mimi Webb, Craig David presents TS5 and Damon Albarn. Full listing below.