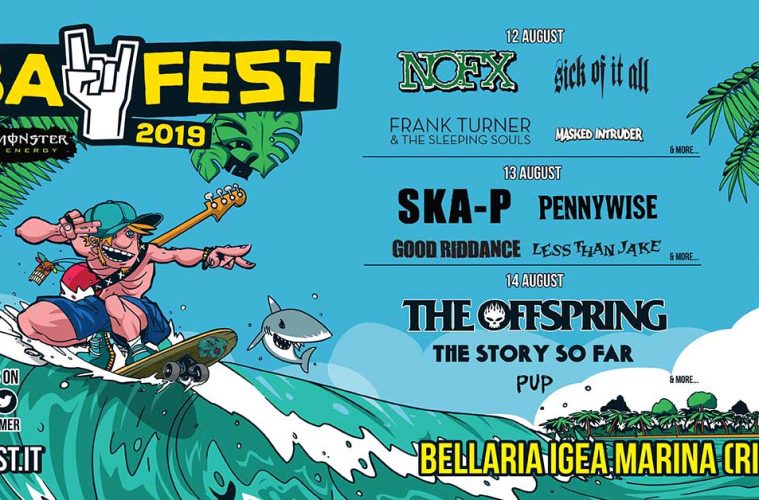 The third headliner has been announced: Ska-P, and with them the Pennywise. 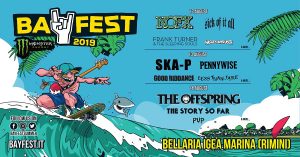 Here is the name of the third headliner for the next edition of the Bay Fest. Ska-P will be closing Day 2 of the festival, on a day that is enriched by the historic presence of Pennywise. The meeting point is in Bellaria Igea Marina (RN) from Monday 12th to Wednesday 14th August, for the three official summer days of punk rock in Italy.

Authors of real catchphrases like ‘Cannabis‘ (perhaps even better known as ‘Legalización‘) that make at least three generations of audiences sing, Ska-P have always made their artistic manifestation of the mixture of music and social and political commitment. Songs such as ‘El vals del obrero’, ‘Intifada‘ or ‘Mis colegas‘ are both public and radio successes that testify to the band’s desire to always be at the forefront of fighting for their ideas, without giving up on having fun and having fun on stage.

The date arriving at the Bay Fest will also be one of the very first occasions to listen to some pieces on ‘Game Over’, the brand new album released on October 5th. Published five years after its predecessor ‘99%‘ (2013), in its twelve tracks we find the band in better shape than ever, with its explosive mix of ska, punk rock and reggae that has kept them in the most popular place for twenty years high of the firmament of this kind.

The Pennywise, in almost thirty years of career, have made their way in the international music scene emerging as a highly politicized melodic hardcore band; over time, the band has managed to sell millions of albums, becoming one of the most successful groups on the independent scene that they still represent. The last album, ‘Never Gonna Die’, was released on April 20th on Epitaph Records, and the Californian group is looking forward to playing the new songs and the songs that made history on the Bay Fest stage.

Here are the details of the three days: