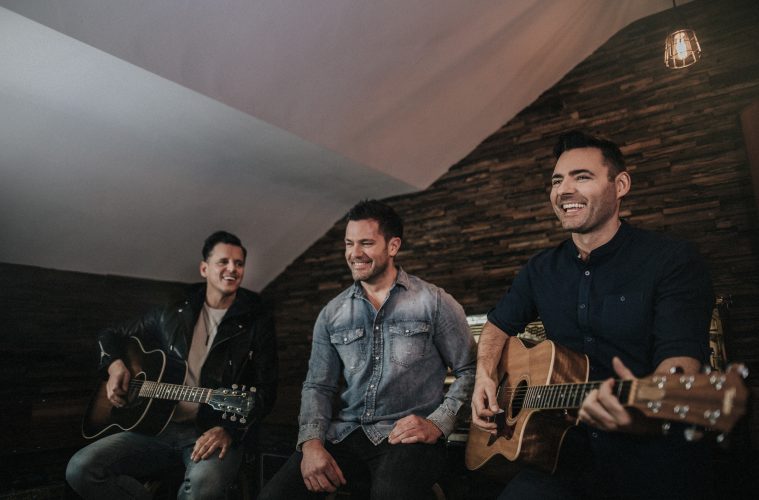 BBMAK, Mark Barry, Christian Burns and Stephen McNally who reunited in 2018 after a 15-year hiatus have announced they will tour North America beginning in May in support of their as-yet-untitled brand new album which is set for release April 26, 2019.  The tour, dubbed “Back Here” after their massive 1999 worldwide hit, will travel through the northeast into the midwest with dates in Boston, New York, Nashville & Austin, TX.

“We are very busy in the studio putting the finishing touches to our third studio album, which is coming April 26th. We are so thrilled to be hitting the road for a full tour in May since we absolutely loved our first few shows in November, and were blown away seeing all the fans come out after all those years away. We’re excited to get back on stage and play, as we have a special set of shows planned, which will include brand new BBMAK music. Our fans have really stood with us and we can’t wait for them to hear it!” said Ste, Mark & Christian

In addition, the group has added new items to their Pledge Music Campaign. The BBMAK Vintage Merch Bundle includes; 1 vintage signed postcard, 2 vintage stickers, set of four pins, and three guitar picks, in addition, fans can choose one of BBMAK’s songs and they will record an acoustic performance of that song just for you!, Or receive one short video message from the band or send one to a friend!, Receive one disposable camera from the band, filled with images taken in the studio, on tour, or around town.

As previously announced, other exclusive items include; handwritten & signed lyric sheet for one BBMAK song of your choosing, signed polaroid photo (no two are alike) of the band and, of course, the new album signed by the band. Click here to view the Pledge Music Campaign: http://pledgemusic. com/bbmak

The multi-platinum selling English pop group has sold more than three million albums, and had hit singles worldwide between 1999 and 2003, when they disbanded.

Best known for their self-penned infectious guitar driven hits “Back Here,” “Out of My Heart“ and “The Ghost of You and Me,” BBMAK was one of the few bands from that genre to play their own instruments.