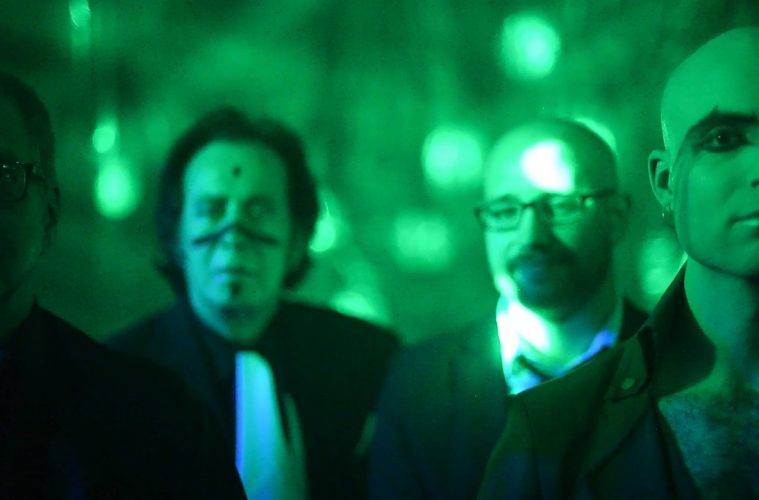 Be Cool – Interview with Kurt Riley

The melody always comes first. Perverse, isn’t it? (laughs) The lyrics should really be the genesis, shouldn’t they…I suppose I must lay the blame for that at the well-heeled feet of The Beatles. If a tune can’t get stuck in your head, what good are the words?

That being said, I have oodles of lyrics which haven’t been grafted to melody yet. Many of which might never be.

A conscious, diligent enterprise of mine is some kind of innovation or strangeness in the rhyme scheme, or the punctuation of the words. I’m a very rhythmic lyricist – blame it on Bo Diddley and Chuck Berry. The syncopation makes such a difference. And Bo & Chuck were far ahead of their time – “Say Man” was over 20 years ahead of “Rappers’ Delight.” Both classics.

That which is not said. When you write a song, you can craft something akin to a paint-by-numbers, a Mad Lib – you can invite the listener to complete the picture. And nothing will ever compel the listener like a mystery. An unfinished work, within which one can place their own presuppositions, their own neuroses, their own desires. God knows “I Just Wasn’t Made For These Times” means something different to me, here in the 21st Century, than a college student in 1966.

No. Strangers, I can trust; they don’t know me. I fear what those close to me might divine from the words I sing.

From “Universe”, off of my sophomore record, the sci-fi space opera ‘Kismet’:

What happened to romance? There used to be roses
Now we’re just bullseyes – targets for the hoses
Leave me one alternative

What inspired “Be Cool”, your latest single?

Reaching back into the mists of memory – as far back as I can recall – what was cool was decided by some obscure, arcane force. Always faceless, always unsympathetic; cool was always what I was not. Kids wore JNCOs; I tucked in my shirt. Kids listened to Linkin Park; I listened to The Rolling Stones, then entering a spry sixth decade of life. I was reading DC Comics while other middle school boys were skipping class with female counterparts. I was never, ever cool. Painfully opposite, honestly.

And as time wore on, it bore some ironic gifts. One of these is the rearview mirror, the objectivity. You realize that “cool” was never really that cool, honestly. Toss out the captain of the football team or the cheerleaders; give me the kid who no one understood, the girl who was listening to Siouxsie and drawing in her notebook. Those were my people – still are. The outcasts.

Time showed me that “cool”, for all purposes, is not what one does, but what one does not. Don’t care what others think of you; their relevance will fade faster than you know. Do not follow trends; they are fleeting, fodder for the future’s mockery. Be yourself – you cannot be anyone else, as beautiful Oscar so beautifully put it. Be who you are inside. This is your only chance.

“Be Cool” is also the final entry in the first panel of my triptych – a goodbye kiss to the first third of my career. Next comes a phase without precedent – a series of singles, released over the next few years, in a period I’m calling ‘Chrome Empire’.

‘Chrome Empire‘ is rock and roll, brought into spacedock and given a refit for the 21st Century. Think Keith Richards playing with Brian Eno in a bar down the street from Rick Deckard’s apartment. The music, the lyrics, the entire ethos will be decidedly futurist, addressing everything from relationships with machines to megacities and climate change. It will be unlike any pop music heretofore released.

Do you remember the day you wrote “Be Cool”?

Oh yes. It built up over a few days, actually. Weeks. The first half of the chorus came to me – naturally – in the shower. In this sing-song voice, like a petulant teenager. “’Cause I like singing in the shower, playing video games with my friends. I do not have to be like you to be cool.”

And with that last line, it goes from playful to manifesto. A call to arms for the underdog. For you do not know how strong you all are, in spirit and in number.

Is there a link/a common theme among the songs of the new period?

Desperation in the face of our own obsolescence and annihilation as a species. Pleading with the night sky for one last chance to save paradise.

To sing with reservation, at a lower volume, closer to the microphone. The intimacy and range it affords you is second to none.

To conclude the interview a short Q/A session, please answer the first thing that comes to your mind: – Cornet.