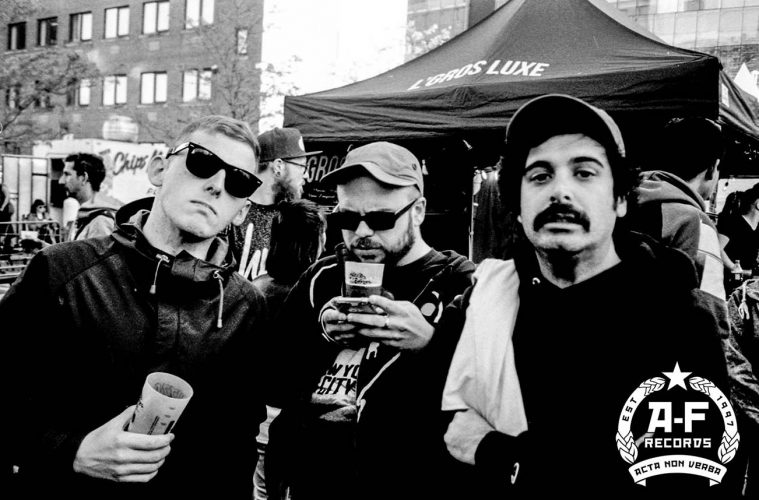 It has changed over the years. I used to be able to sit down and just start writing. Now I feel like everything comes in fragments. I will think of a line and make a note of it in my phone. After a while, I’ll go back to all of my notes and pick out the themes that jump out at me and just build on it.

Songwriting has always been cathartic for me. I really like to work out emotions and make sense of how I’m feeling. That’s what I look for in a good song.

Not too scared. I’ve put a lot out there whether people realize it or not. While I might be a talking about a very specific situation in my life I might write it in a way that resonates with any listener.

I really love the last few lines of our song “Medusa’s Dance”. We could live like we mean to. Get caught up in ourselves. Turn our backs to the others as the world keeps spinning on.

What inspired “Beautiful Wounds”, part of your latest album “Dragged Through The Years”?

That song is about embracing how you’ve grown as a person. I watched someone I love struggle with how they were treated in the past and I think it’s important to recognize that while it might not have been a pleasant time in their life it is part of their story. You can reclaim yourself and that narrative.

I think one of the highlights for me was when I blindly sent some rough mixes of our album Every Last Piece to Paper + Plastick Records and a few months later Vinnie wrote back saying how much he had been listening to it. I poured my heart out on that album and it just really meant a lot to our band to have someone like Vinnie listening to those songs. We’ve had so many great moments and we’re all really grateful that anyone gives us the time of day. I think the most difficult situation that we deal with is trying to navigate social media and being covered by bigger press outlets. It’s important to remember to continue to do what you want to be doing and not worry about how much buzz is behind your name. The right people will hear it and they will want to help you. We’ve had countless poorly attended shows, no money, a broken down van, and just about anything else that you can think of but the three of us always make the best of it. We really just enjoy each other’s company.

We are going to play a handful of record release shows throughout the Northeast in September. We will be making stops in Asbury Park, Brooklyn, Philadelphia, Baltimore, and Washington D.C. We’re also going to be playing The Fest 17 in Gainesville this October. It’s the best punk rock festival and I encourage everyone to attend at least once.