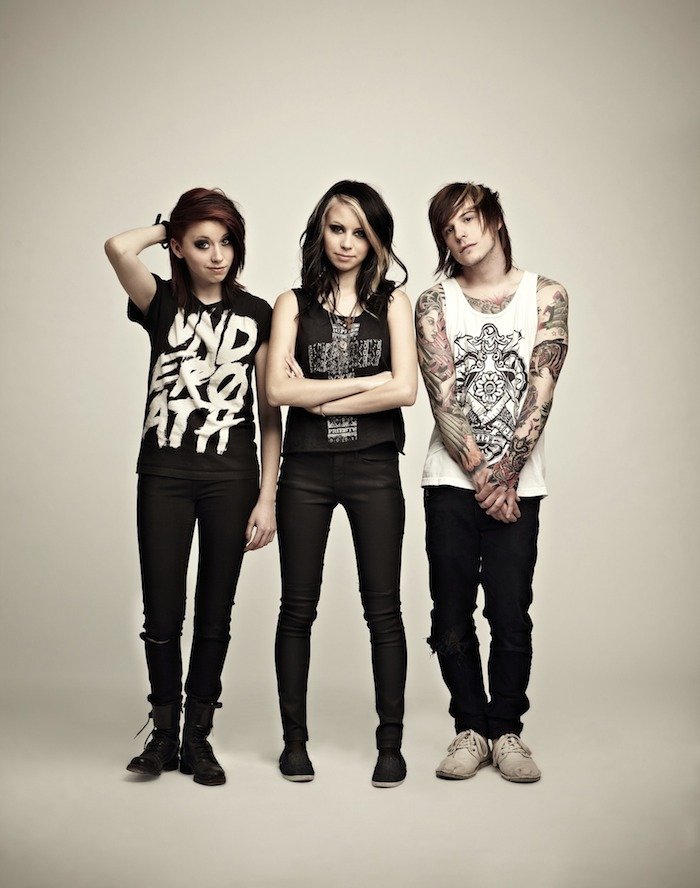 BECOMING – interview with Courage My Love

RYL: “Becoming” is the title of your last album ; are you happy about the feedback you have received so far? What it does mean for you lyrically speaking?

Courage My Love: It’s been pretty good so far, people seem to like the expansion from the original EP, and it definitely feels more like a finished “body of work” to us.

Lyrically it’s all over the place. We wrote it at a time when things were really up and down in the band, we’d lost a member, and we weren’t totally sure what was going to happen to us. We spent a good solid few months writing every day, just forcing ourselves to write. We’d use the first ideas that came to us and just writing it down.

We knew that the minute we started second guessing ourselves, we would scrap everything, and we couldn’t let that happen.

We needed to get everything in our heads out on paper. I think as a whole, the album comes from a kind of chaotic place, but it’s got that raw energy that we couldn’t have found unless we didn’t hold back.

We were in the middle of a big change when we wrote it, not just as a band but as people, and I think you can hear that. At least I hope you can.

RYL: What “ Cold Blooded” means for you?

Courage My Love: We wrote “Cold Blooded” about someone that loves in a selfish way. Cutting someone like that out of your life is really hard sometimes because they make you think that no one else could ever love you, but the truth is they just are afraid to lose you to someone else.

That’s what we wrote it about.

Courage My Love: It’s not like a concept album or anything, but I’d say the theme of the album is change. We called it “Becoming” because we felt like at that time, we were just starting to realize who we were and what we wanted to say.

I feel like a lot of people can relate to feeling conflicted about what they want and who they are, and sometimes it seems like giving up is easier than facing the truth about yourself.

But in the end, embracing who you are and growing into the person you want to be is so much more rewarding.

Mercedes and I were at a point where we weren’t sure if we even had a band anymore when we wrote this album.

We had so many conflicting ideas about the future and about what we should be, and that’s what we wrote about.

RYL:  Do you remember how the lyrics of “Kerosene” have been written?

Courage My Love: I’m pretty sure we wrote them sitting at a piano in an apartment in New York. We’d been struggling trying to write all day, and at the end of the night when we were all tired and frustrated I sat down at the piano and started playing.

The lyrics just came. It’s so awesome/annoying when that happens haha! I feel like some of our best songs we wrote in like 10 minutes, which is so great, but so confusing.

Courage My Love: It’s always different. Usually ‘Cedes and I write them together, but sometimes one of us will take on most of it if it’s a subject that’s really personal.

Everything we write comes from something that’s actually happened. Every song has a back story, so that’s kind of cool. It’s basically like a collection of excerpts from our diary (as angsty and lame as that sounds haha)

RYL: Tell us everything about “Goodbye to giving up”….

Courage My Love: We wrote it right when we were going through a member change.

We were pretty scared that we didn’t have a band anymore, and we were scrambling trying to figure out what to do. We knew we couldn’t be done, we still felt like we had so much left to say and be, and that’s what we wrote the song about.

Courage My Love: helping people. I never would have ever dreamed something I wrote would actually mean something to someone other than me.

But after a while its become so clear that regardless of anything, music has an impact on people. It’s such a huge responsibility.

If someone listens to one of our songs and it actually touches something in them, and they can relate and see that they’re not alone in the world, and it stops them from doing something they’ll regret, then that’s reason enough to keep going, isn’t it?

It’s the most important thing you can do: make an impact on someone and help them, even if it’s just for 3 and a half minutes.

Courage My Love: I’m way too biased to answer that. That’s for you to decide 😉

Courage My Love: We wrote a new song two weeks ago in the studio, but you’re gonna have to wait for the album to hear more!

Courage My Love: We’re working on a lot of different options for this summer. Right now we’ve got to focus on finishing our album, but we’ll definitely be playing some shows too. Keep your eyes peeled.