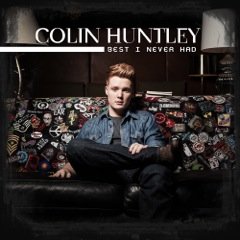 Best I never had – interview with Colin Huntley

COLIN HUNTLEY:  Music always fascinated me, but I don’t think I really ever quite understood what it was until I started playing the guitar.
My whole life, I had heard music, obviously. We all do! But when I was about 11, after playing the game Guitar Hero,
I decided I wanted to start playing the real guitar. I didn’t understand until then that music was something crafted and created.
I had never known that music had to be made necessarily. I always just kind of assumed it was just there.

RYL :What inspired your song “Best I Never Had”?

COLIN HUNTLEY:  Best I Never Had started off as the opposite of what it became. Originally the song was about myself overlooking
a girl that I knew in a romantic way. But as I went back and re-wrote the song, it got flipped. The song was about
getting overlooked, myself.

RYL: Do you write your songs? If so, what is your writing process like?

COLIN HUNTLEY:  I do write my songs! And aside from performing, the songwriting is definitely my favorite aspect of this whole music thing.
My writing process changes constantly. If it doesn’t, the songs start all sounding the same. Sometimes, I’ll start with lyrics.
Sometimes I’ll start with guitar. Sometimes a chorus pops into my head while I’m going about my day, and I’ll put in the words
or the melody into my phone, and listen back later. It’s a very random process, but it keeps it exciting.

RYL: Do you remember how did you write the song “Between the line” ?

COLIN HUNTLEY: Between the lines was the first song Keith, Adrienne, and I wrote together. It started out with that guitar riff, and we knew we needed to turn it into something.

We started talking about where we could take it lyrically, and I mentioned how there was a girl I liked that didn’t quite see me the way I saw her.

So we decided to make a song out of it!

COLIN HUNTLEY: I almost always write in the order of the song. Even if a song is just little snippets of ideas, I like to have somewhat of a story-like structure.

COLIN HUNTLEY: In ‘It’s You’, there’s a line that says “I was gonna stay home that night, until I got that phone call. God most of known you were here, to send me where you are.”

I love that because it highlights how unpredictable life can be, and how love can be just a decision away from you.

COLIN HUNTLEY: Uptown Funk by Bruno Mars! I love that song with a passion!

RYL: Acoustic or electric guitar in order to write a good song?

COLIN HUNTLEY: I think it depends on what your comfort zone or preference is. I personally almost always write on an acoustic guitar, even if the song later becomes electric driven.

RYL: You are currently in tour, where the road is going to bring you?

COLIN HUNTLEY: I’m not sure where the road will take me. Lately, I’ve been playing mainly around Texas. I went to Utah recently, as well as Florida. Hopefully I’ll get to see some other countries/states soon.

COLIN HUNTLEY: ‘Done’ was an idea that came to me on a plane ride on the way to Nashville to actually track the songs we had already written. I wrote the verses and chorus,  sang them into my phone, and then brought them to my producer the next day. We wrote the rest of the song, and then recorded it the day after.