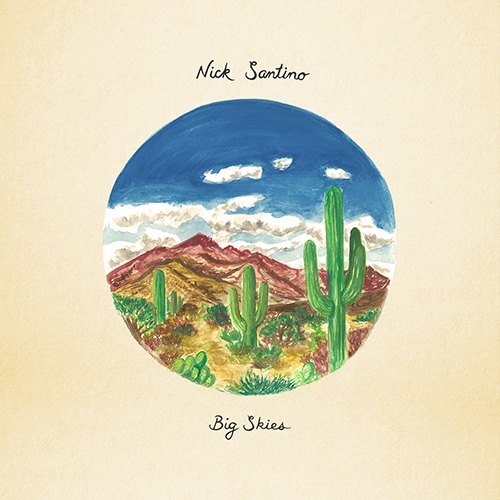 RYL: Warped Tour is around the corner, I’m sure it will be an amazing experience! It is a lot of shows but a lot of fun as well….what are you preparing for your fans?

NICK SANTINO:  Yes, I’m really looking forward to Warped Tour this year. I’m just setting out to play the best set I can play and hopefully people are into it!

RYL: Which song off the new album Big Skies are you most excited to play live?

NICK SANTINO: ‘Can’t Say I Miss You’ is a fun one to play live.

RYL: Tell us more about the single “Bad Taste”, what inspired its lyrics?

NICK SANTINO: ‘Bad Taste’ is a song about looking back on poor decisions you’ve made and coming to terms with them.

NICK SANTINO: Typically from either personal experience or sometimes just a story I want to tell. I guess a mixture of both.

RYL: Among all the verses of the songs of your new album, which is the one that better represents you (or the one you can connect with most)?

NICK SANTINO: “We’re already lost so we might as well keep on going.”

RYL: Can you provide some background on the single “Long Way Home”?

NICK SANTINO: “Long Way Home” is a tune simply about being on a long drive or a road trip and being stuck listening to the radio and being sick of what the top 40 stations constantly play.  It’s just a song about wanting to hear some good music for a change. I co-wrote it with my friend John O’Callaghan from The Maine. It is actually the first song we recorded from the new record.

RYL: Up until now, what’s the most memorable moment of your career?

NICK SANTINO: Of my solo career, so far probably being able to already play in places around the world like Manila and Brazil and have fans reacting to my music.

RYL: What is your favorite verse ever written for a song?

NICK SANTINO: I don’t know about my all time favorite… but Jason Isbell has a cool lyric in his song called ‘Elephant’. “If there’s one thing that’s real clear to me, no one dies with dignity. We just try and ignore the elephant somehow”