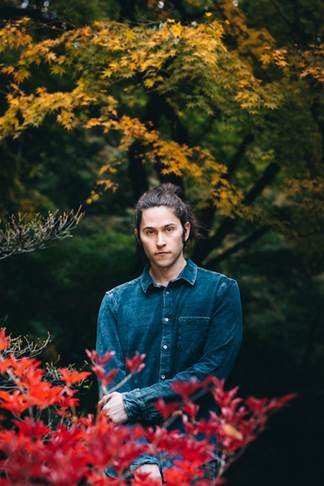 Big Wild (aka Jackson Stell) has just released an official remix of his popular single, “City of Sound.” British DJ/producer Alex Metric is the mastermind behind this re-imagined, techno-driven take on the track – PRESS HERE to listen now!

“Alex Metric’s remix of ‘City of Sound’ has this great late-night vibe to it,” says Big Wild.”It makes me want to drive down a desert highway at 2 AM and has this distinct feel from the original version of the song.”

“I loved the vocal as soon as I heard this track,” remarks Alex Metric, “it was an absolute pleasure to rework.”

In tandem, producer and vocalist Big Wild has also announced a full EP of Superdream Remixes set for release on June 14th, the first release since his critically acclaimed debut album ‘Superdream‘ in February. The remix package will introduce fans to new versions of popular Superdream tracks “City of Sound,” “Purple Sand (My Home)” and “Heaven,” with mixes from notable producers such as Crooked Colours, pluko, and GG Magree.

“The ‘Superdream (Remixes)’ EP features some really great interpretations of the original tracks, from a diverse group of artists,” reflects Big Wild.

‘Superdream‘, released this past February via Counter Records, has amassed over 10 million streams on Spotify alone. ‘Superdream‘ finds Big Wild expanding his world of sound as he crafts hills and valleys of increasingly lush production, and for the first time in his career, he’s the voice guiding the listener on their musical journey. Accompanying Stell on ‘Superdream‘ are vocalists Rationale (London, UK) and iDA HAWK (Brooklyn, US)-whose euphoric tracks on the album are shimmering highlights.

Fans can catch Big Wild this summer at several US Festivals including: Firefly, Outside Lands, and Capitol Hill Block Party, and he will join ODESZA for two sold out shows on July 26th and July 27th at Los Angeles State Historic Park. He’ll also headline Red Rocks Amphitheatre in September, followed by a headline ‘Superdream’ Fall Tour – PRESS HERE for full tour routing and ticketing information.