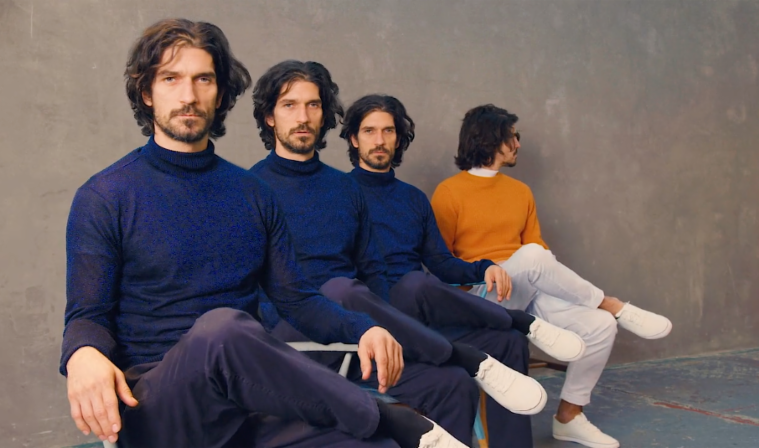 Rising producer, composer and vocalist, Big Wild (aka Jackson Stell) has just released the music video for “City of Sound,” the magnetic single from his highly anticipated debut album, ‘Superdream‘ (released February 1, 2019 via Counter Records).  Check out the video — a quirky, colorful audiovisual that mirrors the vibrant soundscapes of the track.

The project features twin actors, Jonathan and Edward Saxby, who represent the duality of self, as Stell notes:

“We all face creative blocks and inner struggles while making art. Overcoming them is usually a matter of getting back in touch with your voice and that’s what ‘City of Sound’ is all about.”

The video illustrates this internal conflict, as the twins multiply, initially appearing at odds with one another. Yet, over the course of the track, they eventually find harmony and unity, investing their energy & efforts in the same direction, so to speak, thus serving as a metaphor of the creative process, as Stell astutely perceives.

“City of Sound,” the fourth single off of debut album ‘Superdream’, which has amassed over 9 million streams on Spotify alone, finds Big Wild expanding his world of sound as he crafts hills and valleys of increasingly lush production, and for the first time in his career, he’s the voice guiding the listener on their musical journey. Accompanying Stell on ‘Superdream’ are vocalists Rationale (London, UK) and iDA HAWK (Brooklyn, US).

Big Wild is currently on a 18-date headlining U.S. tour with many dates sold out, bringing the album to life via a brand-new live show, replete with live instrumentation & accompanying vocalists, and paired with fresh visuals. Big Wild is also set to play additional Europe dates later this year, key U.S. festivals such as Firefly, Outside Lands, and Capitol Hill Block Party, as well as special performances with ODESZA on July 26 and July 27 at Los Angeles State Historic Park. PRESS HERE for full tour routing and ticketing information.

Championed by renowned powerhouse duo ODESZA, Big Wild has garnered considerable buzz and cultivated an impressive fan base due to his work with Hundred Waters and TroyBoi, as well as remixes with CHVRCHES, GRiZ, Sylvan Esso, ZHU and more. His previous work has collectively drawn over 160 million streams on Spotify alone. Pandora named Big Wild as one of their Artists To Watch in 2019 – and in 2018, Big Wild sold out the legendary Red Rocks Amphitheatre, as well as the WaMu Theater in Seattle (8,500 cap.) and Bill Graham Civic Auditorium in San Francisco (8,850 cap.) alongside Louis The Child. He also performed at Lollapalooza, Bonnaroo, EDC Las Vegas and made his mark on the main stage at San Diego’s CRSSD Festival.