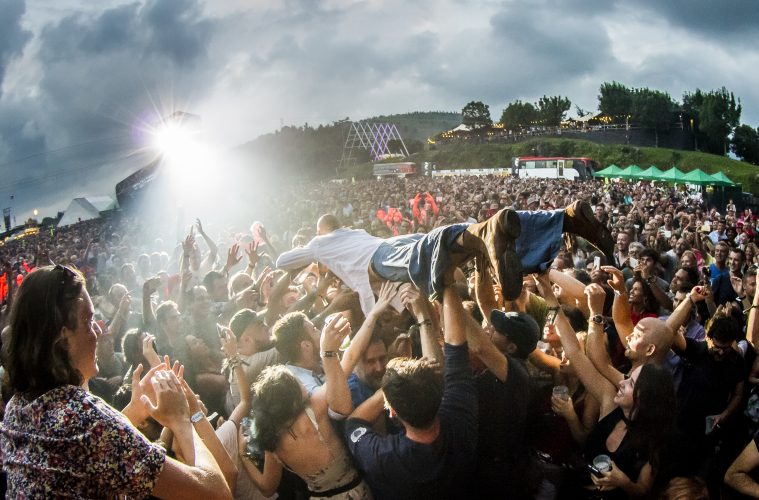 Bilbao BBK Live has added more than 20 bands to its lineup, headed up by one of the most influential frontmen of all time whether solo or with former band Oasis: Liam Gallagher—and Damon Albarn’s supergroup comprising members of The Clash, The Verve, and Fela Kuti: The Good, The Bad & The Queen, making a strong comeback with their first record in 11 years, on which they mull matters as currently germane as Brexit. The festival, taking place at Kobetamendi on the 11th, 12th, and 13th of July, has unveiled its daily concert schedule and day passes are available for purchase as of today.

In the wake of today’s confirmations, several more international acts representative of the current scene have been added including Boy Azooga, arriving to Bilbao in their quartet incarnation to present their fun mix of instrumentations and genres; Georgia, London-based multi-instrumentalist, producer, composer, and creative force of nature; the latest independent pop revelation to hail from Argentina, Las Ligas Menores, with their straightforward lo-fi pop reminiscent of ‘90s North American indie lyricizing love lost, friendship, uncertainty, and growing into post-adolescence; Ider, one of the most highly praised acts to emerge from the English underground, becoming a familiar name at stations of such standing as BBC Radio 1; British rapper Nadia Rose, with personality to burn as proven by ‘Highly Flammable‘, her first album, and multiple singles as well who have made her the center of attention among up-and-coming rap and R&B talent; and The Psychotic Monks, French foursome with two albums on the market who have generated an enthusiastic buzz around the controlled chaos of their compositions driven by synths and potent riffs.

The roster of national talent is bolstered by the addition of Anari, one of the most personal voices in Basque music; Antifan, self-described hodgepodge of guitars, basses, and autotune; Baiuca, merging of Galician tradition and the most popular electronica and avant-garde trends of the moment; Cecilio G, by now doubtlessly one of the key figures to understanding trap; Cupido, supergroup made up of Pimp Flaco and Solo Astra who made it big with a single tune, the superhit “No sabes mentir”; Derby Motoreta’s Burrito Kachimba, a near-psychotropic trip through compositions as informed by the most legendary Andalusian rock as they are worthy cohorts of the psychedelic sound of Fuzz, King Gizzard & The Lizard Wizard, and Pond—all in a quintessential ‘70s/‘80s Spanish junkman vibe; Lester y Eliza, young local Bilbao act mixing catchy indie-pop hooks with unexpected rhythmic shifts; Mourn, who five years after their internationally acclaimed debut and with three albums to their name, have gone from mere promise to solid reality; Nøgen, quintet hailing from San Sebastián mixing English and Basque in their pop-folk tunes; Oso Leone, one of the key national bands of this decade, Majorcans who after a nearly 5-year hiatus have shed the expansive post-folk of their beginnings to dive into sonic territory closer to soul and funk of the most elegant stripe; Perro, a favorite among Spanish festivalgoers and references of a new generation of acts such as Cala Vento and Carolina Durante; and Second, a quartet from Murcia with 9 albums under their belt who’ve made a name as one of the most cohesive indie bands around thanks to their honest pop-rock songs and solid live show.

Additionally, DJs Mr.K, Djake, and Zaza will be playing sets to keep the party going and ensure that all of Kobetamendi closes out the night dancing.