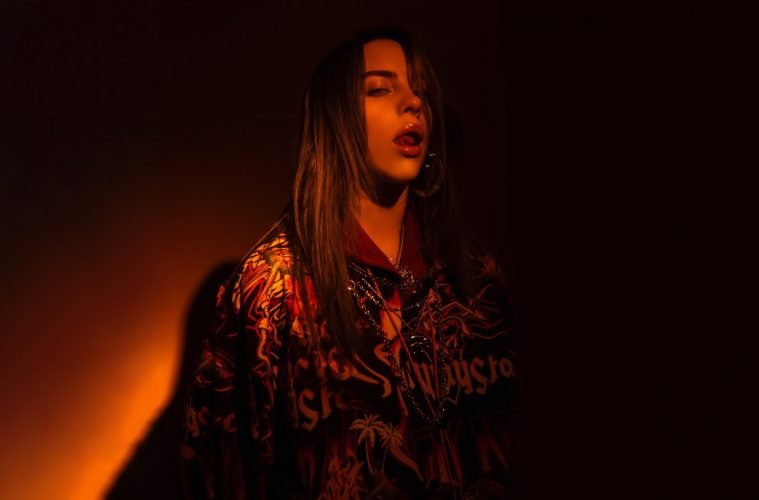 Pop-phenom Billie Eilish has revealed, ‘A Snippet Into Billie’s Mind – bury a friend’, the first of three episodes in a short-form mini-series available exclusively on YouTube. The episode provides an exclusive glimpse into her latest single ‘bury a friend,’ taken from her forthcoming debut album ‘WHEN WE ALL FALL ASLEEP, WHERE DO WE GO?’ (out 3/29 on Darkroom/Interscope Records). Produced with YouTube Music and shot in her brother Finneas’ bedroom/home studio — where the pair made the album — Billie and Finneas reveal for the very first time, fascinating details into the making of this global hit. From the inspirations and themes behind the lyrics, to the surprising every-day-life sounds used in the track, the first video in this mini-series offers an intriguing insight into the writing and recording process Billie and her brother took when writing “bury a friend.”

Always one to push the boundaries of creativity and seeking to build a holistic relationship with her fans, 17-year-old Billie Eilish has consistently leveraged the power of YouTube to connect to her audiences and bring them along on her unparalleled journey and rise to global stardom. By collaborating with creators such as the ASME nominated Vanity Fair piece ‘Same Interview, One Year Apart’ (22 million+ views) and regularly releasing unique and compelling music videos and content on her own channel (which currently has more than 1.2 billion views and 7.9 million subscribers), Billie Eilish has fast become one of the biggest global artists of 2019.

‘A Snippet Into Billie’s Mind’ is a 3-episode mini-series bringing fans closer into the creation of the primary singles on her upcoming album, WHEN WE ALL FALL ASLEEP, WHERE DO WE GO? Each episode will bring new insight into each song as they are released, helping fans understand her process and shine new light on her music.

On the series, Billie reveals: “The visual elements in my work have always been super important to me. I’ve connected with so many of you over the years through my music videos on YouTube and thanks to them I now have the chance to make this mini-series for you all. It’s just so dope that I get to reveal even more of what goes on inside my head. Stuff that I’ve never shared before. I’m psyched for you all to see.”

Billie Eilish is currently on her SOLD OUT tour across Europe through March before returning to her native California for two very special performances at Coachella Festival in April, then embarking on her SOLD OUT North American tour in May. Starting in San Francisco on May 29, her WHEN WE ALL FALL ASLEEP WORLD TOUR continues with American rapper Denzel Curry joining as direct support with the exception of Vancouver, where Billie’s brother Finneas will be opening.

For more details on her upcoming tour dates and ticket information around the world, go to: http://www.billieeilish.com