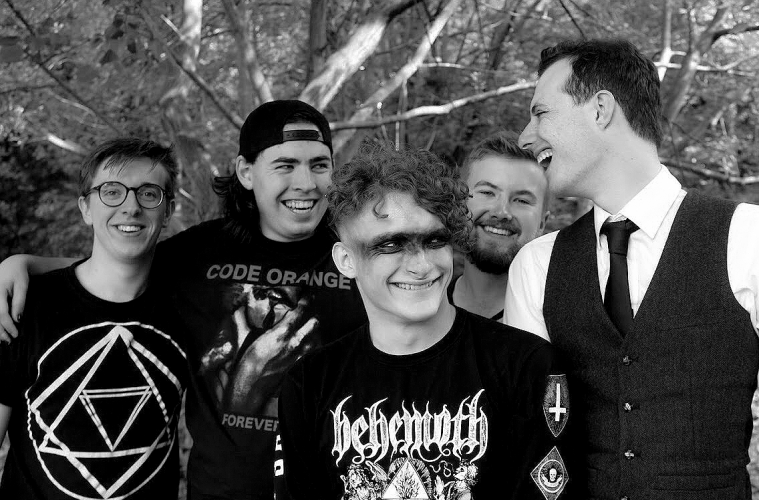 The usual process for me goes something like this: 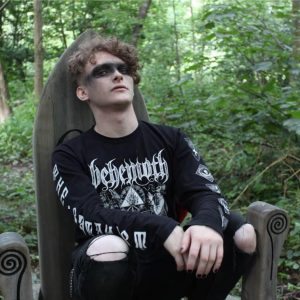 So long as there’s a strong melody, interesting chord progressions and something to really sink your ear-teeth into, I’m happy. Those for me are the cardinal priorities in writing a good piece of music: the use of the voice as an instrument is key, whereas the actual content of what the lyrics are don’t matter nearly as much (though of course good lyrics can make a good song great & indeed the exact opposite can happen if the lyrics are trash). So many of my favourite artists have music that resonates so strongly with me and yet have lyrics I desperately struggle to recall. I enjoy great lyrics as much as anyone, but for me the first thing and last thing I’ll remember is how the music sounds.

Not really, I never put too much of myself in my lyrics – I’m quite a boring, sensible person. Although if anyone gets the references in a few of our song titles then congratulations, I’ve been exposed as a massive nerd! Although anyone that knows me IRL knows that about me already so I’m not that bothered – I get enough grief from my bandmates about it anyway.

I have to say writing Auto-De-Fe was a pretty proud moment for me. My choice for stand-out couplet would have to be ‘Your empty tabernacle blows apart / Rend the veil to the sound of the thunderclap’  if only for the fact I was able to get the word ‘tabernacle’ into a song.

What inspired “Auto-De-Fe”, part of your latest EP?

The title is Portuguese for ‘Act of Faith’, which was the ritual of public sentencing and execution of those accused of heresy by the Spanish Inquisition. I wrote this lyric in early 2016 after watching the news – I think it was after Donald Trump had said something hideous about a late American soldier’s parents in the run-up to the election – and that really struck a nerve with me for some reason. I wanted him to be held accountable for his words and actions, and that’s what the song is loosely based on. I wouldn’t say we’re a ‘political band’ in the way that a band like Enter Shikari or RATM were by any means, but I’m happy to stick by the anti-Trump message of this track.

Yeah, this one is kind of obvious if you’ve ever seen Neon Genesis Evangelion. Me & Michael (Bass) marathoned the entire series in an ill-advised 22 hour binge and wrote the lyrics together the next sleep-deprived morning.  The song shares its name with the titular Evangelion, which like the song itself is a gargantuan, heavy hulking beast that uses cool but pretty superficial references to Judaeo-Christian symbolism. I was a chorister at Hampton Court Palace for most of my childhood, & looking back on it, it looks a bit like the atmosphere and the kind of vocabulary of sacred choral music has persisted in my musical DNA. Maybe that’s why these are the kinds of themes I’m drawn to when writing lyrics? I dunno. Also the show is really good so you should definitely watch it.

Do you remember the day you wrote “No Tunnel No Light”?

Super clearly! It was a good two years before we formed the band, and me & Jake (Guitar) were just jamming in my room at university together. He happened across this funky bassline, I had some riffs & together we managed to write the entire thing in the space of about two hours. Fast forward a couple years & I ask Jake to join our band, he brings up ‘the old thing we wrote and put up on soundcloud a couple of years back’, James (Drums) had some words ready to go for it shortly after. The prime example of collaborative songwriting, Sobriquet style!

For me, and definitely for Michael too, both could apply to our most recent show at Café Totem for the release of Birds of Prey. For a band like us where between the five of us idiots we had to juggle University, dissertations, work commutes and all sorts of other boring life things while all the while trying frantically to sort out distribution, last-minute merch delivery, booking, promoting and prepping a show – not to mention practicing desperately for our longest ever set – was, to put it mildly, a little challenging. The fact it sold out and went off without a hitch made it worth all the effort though, the energy in the room and the satisfaction we felt was incredible.

This year’s been a busy one so we’re taking a little summer holiday at the minute. We do however have a couple of things planned for the end of the year so watch this space – this has just been a warm up for what’s to come, mark my words.