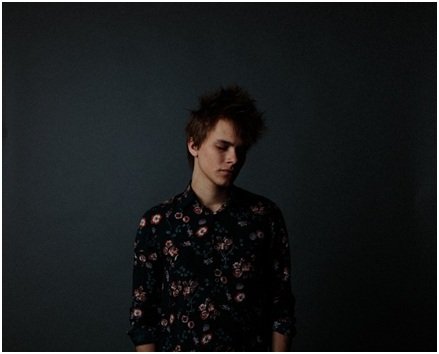 Up-and-coming pop artist birthday, a.k.a. Duran Visek, has just dropped his new track “No Fun” today. The track is off of his debut EP out early 2019 via RED MUSIC.

“’No Fun” is a track about the trials and tribulations of being an up-and-coming artist in Los Angeles. birthday states, “’No Fun’ is kind of like rationalism vs. romanticism for living in the unknown. It walks you through a paranoid mindset in the digital age. It’s partially inspired by that ‘what’s it all for’ feeling that hits every now and then.”

“No Fun” is the second track to be released off of birthday’s forthcoming EP, following his debut track “Dream”.

birthday has spent the past two years putting together his debut EP, sitting on over 6 hours of material. Since inception he has performed at School Night, SXSW, Pop Scene, and Alt 105’s BFD. He landed his first massive nationwide tour supporting PVRIS during the spring of 2018 and recently wrapped a tour with The Score.

Hailing from Oakland, California birthday is the project formed by Duran Visek, a multi-instrumentalist, who grew up in a musical household.  He got his start on the drums at the age of 10, guided by his father who was the drummer of a punk band in the 80s. Later on, after picking up the guitar and moving to Connecticut, he started his first band at the age of 13-years-old, the pop-rock outfit Kicking Daisies. No stranger to the spotlight, he began performing in front of crowds across the country and fell in love with the way he could lose himself in the music when he took the stage. After picking up and moving to Oakland in 2015 to continue to pursue his dreams as a musician, Duran created his best project to-date, birthday. Now, at the age of 23, birthday is gearing up to show the world what he’s made of with the release of his forthcoming debut EP.