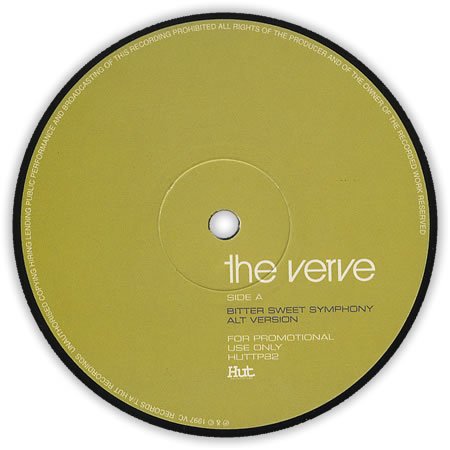 Nineties, London, the Brit Pop…..together with Oasis and Blur one band had a huge success during those years: the Verve.

We have already talked about them regarding another one of their successes  www.rockyourlyrics.com/drugs-dont-work-the-verve

Today we will talk about Bitter Sweet Symphony, that, we must say, it was a huge hit and made The Verve very famous.

The band was formed in 1989 by Richard Ashcroft (singer), Nick Mc Cabe ( guitar), Simon Jones (base guitar) and the drummer Peter Salisbury.

During the years a lot happened to the band….fights, drug abuse, lawsuit and many other thing till , in 1999 Richard Ashcroft apparently decided to leave the band forever, as he said.

The band reunited once again eight years after, but , unfortunately, their reunion lasted only a couple of years.

1997 was a year of glory for the Verve that released their album ” Urban Hymns” one of the best selling album in the UK history.

Bitter Sweet Symphony reached the number 2 in the UK chart.

Richard Ashcroft wrote this song,taking as inspiration, a Rolling Stones success of 1965, The Last Time and this created a controversy between the lawyers of the RS and the Verve.

Lawsuit that the RS won and that allowed them in getting 100% of the right of the Verve’s song.

Obviously The Verve weren’t quite happy about it but the lawyers apparently gave them no choice: either they were accepting it or they had to withdraw the song.

MTV supported the video and the song became even widely known.

If you are interested in knowing more about his projects please visit http://richardashcroft.co.uk