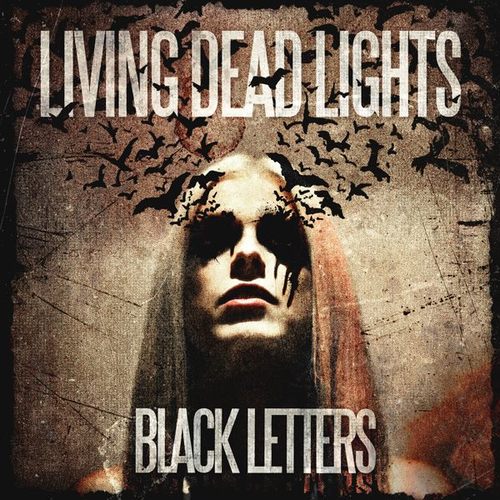 RYL: Since your last album “Black Letters” came out, what was the greatest moment since its release?

LIVING DEAD LIGHTS: Well we are leaving on our tour in October finally and are planning to be gone for about 7 weeks for the 1st leg of the tour!

RYL: “This is our evolution”, first single released out of the album, what does this song means for you?

LIVING DEAD LIGHTS:  The song is about evolving and breaking out of your personal barriers. Seeing yourself for what you really are and defeating your demons so you can move forward in life

LIVING DEAD LIGHTS: Usually I focus on the music first and try to shape a proper melody, once that’s in place I’ll see what the music is telling me to write and craft a proper story from there!

LIVING DEAD LIGHTS:  That’s very subjective to my mood and all the songs are very personal to life situations.

I do like The verses in “I’m Dead To Myself” It’s the only song on the record I wrote about myself. They are a bit more on the poetic side…

I am the voice inside of your head

I am the stained blood red fingertips

Cover your eyes I’m numb to myself

Still as a faceless dead parade

RYL: Tell us everything about “hey stranger” a song that seems to have quite a good success among your fans…

LIVING DEAD LIGHTS: Some of it’s about Charles Manson and basically It’s about people that are looking for answers in life. But I think many of them are afraid to look into themselves for the real answers so that’s why they turn to some other alternatives

LIVING DEAD LIGHTS: This song is for people that move to Los Angeles with their hopes and dreams of making it the “entertainment industry” but run into all kinds of Hollywood distractions.

RYL: is there a rock song you don’t really like?

Not on our records! We take pride in making sure there’s no “filler” tracks! But sure there’s a lot of shit on the radio we didn’t write if that’s what you mean.

RYL: Do you remember writing “ghosts and saints”?

LIVING DEAD LIGHTS: Of course. I remember everything hah! It was the story of a genuine girl that was born and raised into a pretty rough situation.

RYL: tell us about the tour…..

LIVING DEAD LIGHTS: We’re leaving on October 4th to Europe and are starting it in Paris France to shoot our new Music Video and a festival show the same week.

RYL: which is the last song you wrote?

LIVING DEAD LIGHTS: The last songs on the record ironically were our first 2 singles..Follow and Evolution both were written in about 15 minutes believe it or not