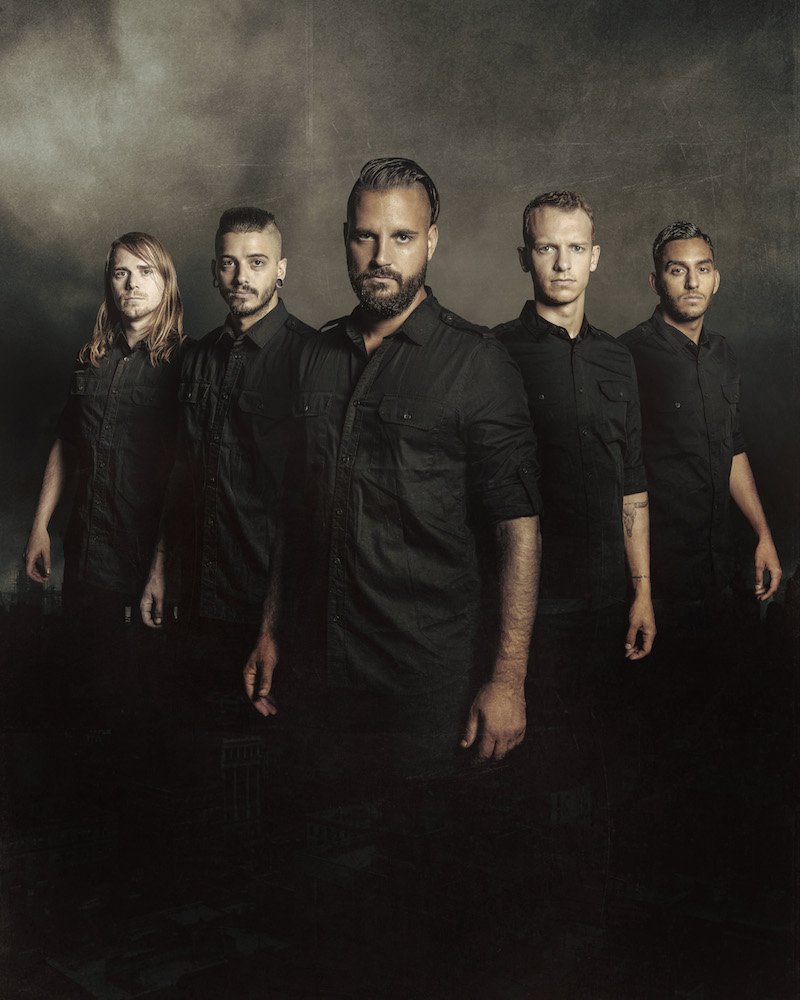 RYL: Your album “Blackout” will be released in few weeks, how are you preparing its launch?

AFFIANCE: A ton of online promotion and we will be starting our cd release tour with Phinehas in about a week. We also recently released a music video for our new song Fire in which we literally set ourselves on fire. I’m sure that was a bit unexpected.

AFFIANCE: As of right now, I’m leaning toward Death Cycle because of it’s unique mood. I have a feeling that Fire will end up being my new favorite because of the huge response we’ve gotten from our fans.

AFFIANCE: All our lyrics have a common theme actually. Over the span of the last three albums we’ve been telling the story of a group of people who realize that the worlds not as black and white as we’re lead to believe.

Politicians are puppets and the system is corrupt. This information causes an uprising within them. We see the consequences of their rebellion at the end of the Campaign and throughout Blackout.

AFFIANCE: Dennis and my chemistry is always changing. We write together but always under different circumstances. For Blackout, we sat in the studio and let the lyrics come to us as we listened to the music. It was very inspiring to let the music speak to us and we more or less translated.

RYL: Is there a verse of one of your songs you like more than the others?

AFFIANCE: Midnight, the last song on the album always gets me. “Wake up. The dream is over. Now it’s up to me. All of my life I’ve raced against the clock but now I feel time staring back at me.”

RYL: Tell us everything about the song “Brothers”….

AFFIANCE: Brothers is about two boys who grew up together joining the war at the same time. They we’re prepared for the action but not for the loss.

Consequently one of them dies in battle. You hear the survivor deal with the loss throughout the song saying he’d fight by his brothers side in hell to bring him back. He eventually draws strength and courage from his loss.

RYL: Do you remember writing “Fire!”?

AFFIANCE: Absolutely, those lyrics are very potent and dark. It describes the aftermath of a nuclear attack. I think it has some of the most intense lyrics on the album.

RYL: What is the meaning behind “Limitless”?

AFFIANCE: Limitless is our anthem. Everyone deals with feelings of discouragement. Limitless is about when you reach the very end of your rope, reaching out and realizing that you can still go on.

RYL: Why in your opinion, “Call To the Warrior” is the fan’s favorite (Itunes charts)?

AFFIANCE: I’d give most of the credit for that to our music video for Call to the Warrior. It’s goofy and people to this day bring that music video up in conversation.

The lyrics also are very relatable. That song is about our personal struggles in the music industry. Most people can draw parallels to their own struggles.

RYL: Will you go soon in tour?

AFFIANCE: Yes, we’ve got our cd release tour in a week so if anyone wants to hear the new stuff before the rest of the world, come check us out.