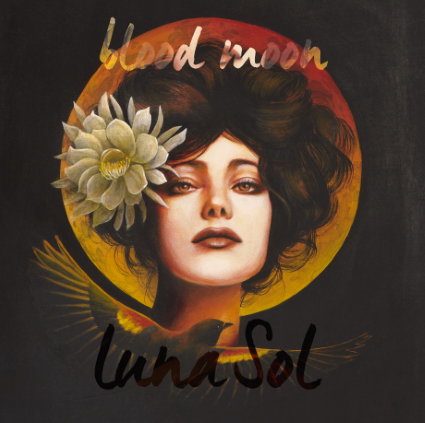 RYL: Your new album is titled “BLOOD MOON”… tell us more about it…

While we were writing the album I would take walks in the nature preserve near my home (with my dog) listening to the music on my phone while coming up with lyrics under the moonlight.

During the time it took to really complete the album there had been several “Blood Moon’s” I like the changing effect, the image of the Blood Moon …and the fact that the Christians used to think it triggered the end of time.

The combination really fit the vibe of the songs …and various paths of my life.

RYL: Let’s talk about the song “DEATH MOUNTAIN”, what it means for you?

I met my wife because of Hermano. We married in 2009 in Estes Park, Colordao.

We had a rehearsal gathering in the haunted music room at the Stanley Hotel…this is the exact hotel where Stephen King found his inspiration for the Shining. The Stanley is elegant, ornamental …and kinda creepy in areas.

I loved it! When I moved from Kentucky (which I love dearly!) to Colorado (which I also love dearly!) in 2012 I began writing for what would become Blood Moon and Luna Sol.

My wife and I have a sun roon off the back of our house …I set up shop there and watched the snow pile up around our home (it was winter)…the silence and stillness really affected me and forced me to slow riffs down ..and write about the effect it was having.

Death Mountain is about various elements of those days in my sunroom, the shining, Stephen king and the Stanley Hotel.

Honesty …storytelling… no common themes other than trying to write something that strikes a chord in me. I write music for my own pleasure…if someone digs it at the end of the day, that a kickass bonus!…but I’ve learned to be honest to myself and write for me…for whatever is moving me at that moment. 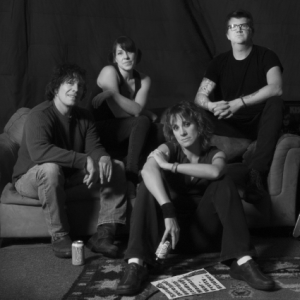 RYL:  Do you remember the day you wrote “LEADVILLE”?

Yes. My wife used to live in Leadville. We drove up there (it’s the highest –no pun intended) industrialized city in the US. It also is a place people over time have gone to hid-away…or get off the map, so to say.

There’s a graveyard for babies there…super creepy if you ask me. I really like Leadville…the distance to the rest of the world…the undertow of a possible criminal element…the hard winters. Just a cool place.

I wanted to write something that was janky and felt off kilter a but …hust like the city. When Shanda and Shannon started singing that part …I smiled for hours. It was perfect! They rock…Pat’s ok too. (hahaha)

As I get older I try to write story’s that capture my attention …sometimes They just spill out, sometimes I woke on them for a few days…if they come within a few days,

I scrap them and move on …music and lyrics shouldn’t be forced in my opinion ..it strips the soul away from them.

“Breaking the law!” … way too many to say I have a favorite. I drink music and lyrics …they nourish me…and have taken good care of me through many days of my life.

I would like to visit Sweden (where my family is from). But really all my dreams are locked down…I’m a lucky guy for sure. My kids rule, my wife rocks, my dog is awesome, I have plenty of guitars and amps …and a family I adore. All is good here.

I don’t think I’ve written it yet…

“Goodbye Baby Doe”. It will be on the next Luna Sol album. Also …12 new songs for Hermano which we tracked last week in my home in Colorado. Lots of songs spill out in my home…music is everywhere. 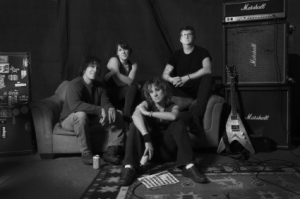 I don’t like to plan on anything unless it truly is happening…that said, the amazing folks at Cargo are bring up some cool stuff for us. Isa and the team there are amazing…they love music for music’s sake.

I love to play guitar..and love playing with Luna Sol…so if something happens I would smile about it, if it doesn’t I’ll go in my home studio, crank up some Marshall’s and smile just the same.

RYL: let’ s talk about “DECEMBER”, what its lyrics mean to you?

It’s a nod to my father who severed in war as a very young man (he’s a recon marine).

I was trying to create an image of what he might have gone through…he’s a great man, father and mentor. I don’t think he’s ever heard it though, because my music “isn’t his cup of tea”. Ha…