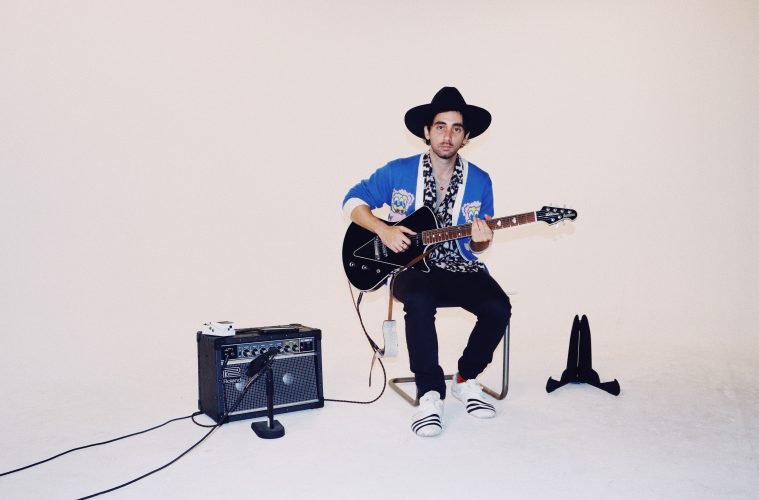 It’s different every song. Sometimes the song title come first and you build around it, almost like reverse engineering it. Sometimes you have a single line that tugs at you, so you follow the breadcrumbs blindly until it blooms and opens up like a flower. Sometimes you hear someone say a unique phrase in conversation. Sometimes you misread a sign. Sometimes you read a poem and start flipping lines. Or sometimes you just write to write, without any agenda, and lines, ideas, and concepts just pour down from the sky you never could have planned or dreamed up. I don’t know really, it’s mysterious and divine, and I respect and hold the process with so much reverence and humility. The more I think I understand, the less I know. The more I let go and get out of my own way, the more it flows. So there’s no one-way.

Authenticity. Speaking and sharing your own truth and your own unique way that you see the world, and not trying to copy or be anyone else. I gravitate toward writers who have a specific voice. They are unapologetically themselves, and present songs in way that say, “this is who I am, this is how I see the world. Take it or leave it.” This is why I’m wary and am disheartened that so many rock bands now are co-writing with people. If you have a specific message and the writer helps you get that across, it’s fine. But most times I think you just get watered down voices and messaging when everyone is trying to write pop songs, (which if done poorly is the worst thing in the world) instead of presenting a well crafted song.

I’m laughing because I think I do the complete opposite and over share. My therapist always tells me, if we run into each other in public, you don’t have to acknowledge me! I tell her, If I see you, I’ll probably scream and yell, telling everyone “that’s my therapist!” So no, I do the opposite. I try to be as open as possible with people in my life and in my music. With music, there are obviously the songwriting and lyric aesthetic guidelines to adhere to make it work, so sometimes it shifts a bit. We’re all just humans with the same wants and desires, fears, and worries, and if I don’t reveal and share who I really am then I’m denying myself of genuine human connection with others. Plus, what if sharing who you really are might help someone else on this planet feel less alone, or even inspire them?

Unreleased songs are what come to mind. I have a new song called “Sedona: “There’s a fear I’ll never figure it out the truth is that we never arrive, but just fall forever until we somehow learn to enjoy the ride.” There’s another one I like called “Heartwork”: ”All my friends are turning to light, I’m still drunk climbing through the kitchen window every night, still getting high, still pulling d’s on this test of life.”

What inspired “Bloodlines,” your latest song?

I have no brothers, no sisters, and my immediate family is like 6 people, so I was imagining what it would be like to have this huge family, and the song weirdly enough started from there. Now I know, it’s a song about sticking together, whether that’s with a loved one, relative, friend, or yourself.

Do you remember the day you wrote “Howl”?

Yes. I remember listening to the first Band of Skulls record and clearly thinking, if they can write shitty generic pentatonic rock songs, so can I. “Howl” was the next song I wrote. I remember re-writing the chorus twice, and never made a demo of it. Also for the record, I adore that first Band of Skulls record and it will eternally hold a dear place in my heart, and was a soundtrack for a part of my life.

Are you currently working on the release of a new album/EP?

Yes, I’m writing songs right now. My process sort of just mysteriously changed and I started writing outside the studio. I started walking down State Street in Santa Barbara at night with guitar parts or music fragments in my head, and sing and write the melodies out loud as I’m walking. It’s been so freeing, inspiring, and joyous. I’ve been walking by loud noisy bars, cacophonous restaurants, and confused tourists, as I am dancing and outwardly conducting the melodies in my head, and singing out loud. No one seems to mind. I did it last night for nearly 2 hours, just walked from the Arlington Theatre to the pier and wrote and mapped out around 4 sketches for songs.

Don’t get attached to the songs you write. Don’t be precious with the material, and not every song has to be the Mona Lisa.

Keep on writing and recording. Keep doing the heartwork. Letting room for not knowing at all.