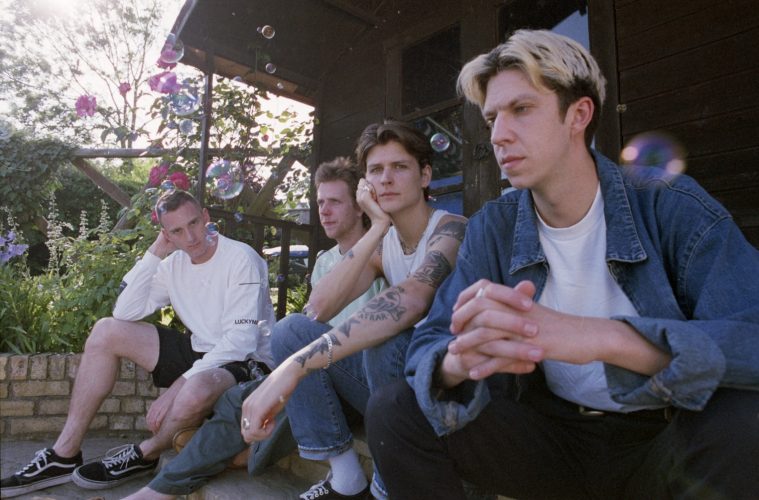 Today, Bloody Knees release their new single ‘Spinning’ on Distiller Records. The single comes ahead of the band’s biggest London headline show to date, at The Underworld, Camden on October 18th. Listen to ‘Spinning’ here: Stream

Recorded with Dan White (Tribes, Free Money) at Buff Studios, ‘Spinning’ sees Bloody Knees veer left of their high energy garage rock sound and slow down the pace, embracing a more intense, more sonically ambitious sound. “When I’m high as I can be, I’m high as I’ve ever been” growls frontman Bradley Griffiths over a slow-burning riff, reflecting Bloody Knees’ fully realised identity as a band at the forefront of a new wave of London rockers.

Speaking about the track, Bradley says: “We always try to write songs with the live setting and the audience in mind and I think ‘Spinning’ carries a killer, intense energy that will be SO good at our shows. It’s just a pure joy to sing along to so learn the words and come to a show! Let’s get involved.”

The past year has seen Bloody Knees bring their rambunctious live set to stages across the UK and Europe, in support of their latest release ‘Maybe It’s Easy’. Earlier this year, a campaign launched to help replace £10,000 worth of the band’s stolen tour gear received huge support from their peers and fans, even making national news; a testament to their solid reputation as one of the most well-liked bands on the London scene.