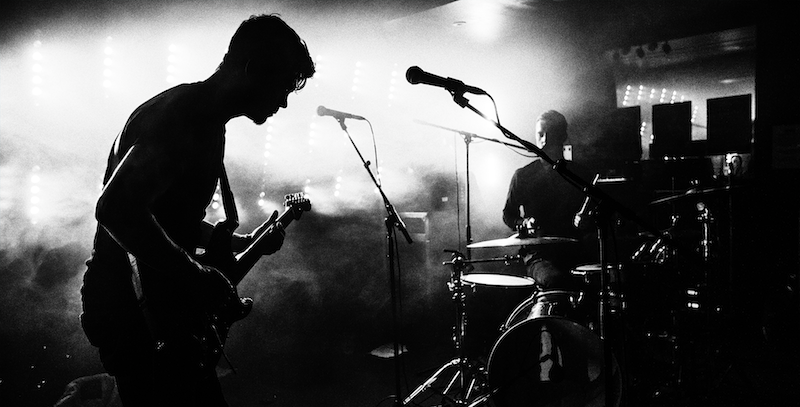 Moriaty: Jealous is about that emotion you get when you’ve been with someone for long enough to have become invested, but not long enough to completely trust the other person. You only really get jealous when you don’t want to lose what you have.

That feeling usually subsides, but I guess sometimes doesn’t for some people. Thankfully it did for me x

Moriaty: A range of things/ places/ emotions. I try to write about things that interest me intellectually, or about thins that have happened to me. Or historical things that I feel have a bearing upon modernity.

Moriaty: Think the first thing I ever wrote was a rap that I recorded and sent to Jim’ll fix it when I was about 6. The last thing I wrote is a song about operation yewtree… Funny the cycle of life eh! Ha

RYL: Bones is the title of your last single, which of its verses you like the most?

Moriaty: I guess the second. I like the juxtaposition of “Thanks God for those fools who believe”… Kinda ripped that off from Gervais’s “Thank God for making me an Atheist”.

Also the next line in that verse “She Blushed and so did he” I think worked really well in the song and I stole it directly from Voltaires “Candide” which is what the whole song is loosely based on.

Moriaty: Haha as above, it’s a song called Pulp Fiction which is kind of about Operaton Yewtree and the media witch hunt for paedophiles… Which is basically from the perspective of the perpetrator, but someone who is innocent and gets tarred with that horrific label when they haven’t done anything wrong…

It’s called pulp fiction because it’s sort of told through the eyes of Vincent Vega and his potentially dangerous relationship with Mia Wallace in the Tarrentino Classic.

RYL: What is the meaning behind the lyrics of “Caddy Shack”?

Moriaty: Caddy shack was written after a messy breakup, and I just wanted to shout “I won’t miss you when your gone”, of course it wasn’t true, you always miss relationships when they’re done, and I did for a long time.

But it’s a very dark and yet playful concept lyrically, it was sort of meant to be so angsty that it was ridiculous. It’s a bit of a comedy tune.

RYL: Your favorite verse ever written for a song?

Moriaty: Out of my own? That rap that mat spits in Esperanza. It’s about as clear an evocation for the dismissal of religion as I could muster.

But I’ve always been really inspired by Bon Iver’s “For Emma, forever ago”, such a dark album, and no matter what you are going through at the time, good or bad, I still choke when I listen to it.

The title track particularly but also lines like “I’m breaking at the britches and at the end of all your lines”. Its vivid.

Moriaty: Best show I ever played was when Muse played on the Den in Teignmouth. My previous band were main support and playing in front of 10,000 people in your home town is something I’ll never forget.

Best show I ever saw is probably any Muse show I’ve ever been to… Say what you want about the music but they are incredible live.

I also saw the Libertines just after Pete came back from prison the first time at the Colston halls in Bristol. He threw his guitar in the crowd half way through and you could see Carl Barrat visibly chastise him because he was costing so much money. Class gig!

We have a big big show lined up in a boxing ring in Torquay this summer.

No album is in the pipeline, but we do have 4 more singles that will be drip fed for the next 6 months or so. Look out x

RYL: Let’s go back to “The Devils Child” , one of your fans favorite…… why in your opinion?

Moriaty: The song? It was one of the first we wrote. People still love it, it’s high octane energy and dirty blues the way we do best. The whole album is pretty special to us.