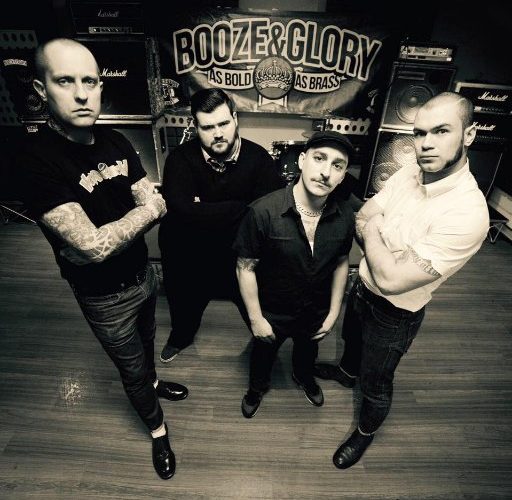 Booze & Glory is back with “Hurricane”

rockyourlyricsNovember 11, 20190 views
News0 views 01 min read
UK based street punk band Booze & Glory released their awaited 5th album, Hurricane, on October 18th via their own Scarlet Teddy Records. This is straight up gritty metal infused working class street punk firing on all cylinders. In the last 3 years the band has performed 300+ shows around the world, sharing the stages with everyone from Dropkick Murphys to Judas Priest.
Check out their freshly released video for new single “Ticking Bombs,” which features cameos from Sick Of It All, Municipal Waste, Ignite, The Casualties and BillyBio.
Recorded in Sweden at Soundlab Studios, the new album was produced by Millencolin guitarist Mathias Farm and promises to be the biggest, boldest and most explosive Booze & Glory album to date. With the introduction of piano and organ to the band’s trademark sound, the new songs amount to a wholesale upgrade for British punk rock, with a strong message of positivity and hope oozing from every boisterous, melody-drenched pore. Now featuring founder and singer/guitarist Mark alongside lead guitarist Kahan, bassist Chema, drummer Frank, Booze & Glory have never sounded more potent. In these divisive times, instantly memorable songs about believing in yourself, finding common ground between people and standing up to racism, nationalism and hate could hardly be more timely or welcome.