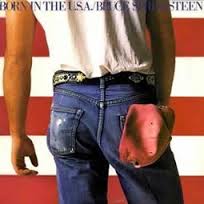 Born in the USA – Bruce Springsteen

Most probably the most famous song written by Bruce Springsteen, “Born in The U.S.A.” has been written in 1984 and released together with the album that carries the same name.

It has been listed among the “top 500 rock songs of all times” by Rolling Stone and reached the peak of the music charts in many countries.

Just listening to the chorus, Born In The USA, the listener might think that this song is all about be american and be proud of it…… nothing more wrong than this!

Bruce wrote it thinking about all the people (among them some dear friends) that died fighting the useless war of Vietnam and also about the veterans that, once back, they were treated with disrespect .

There have been a lot of tentatives to “deviate” the public opinion regarding the true meaning of the song; the most famous it has been done by Regan, while he wanted to be re-elected as President of United States.

Springsteen, obviously, was really contrary to this move, he wanted Born In the USA to be understood for what really was….