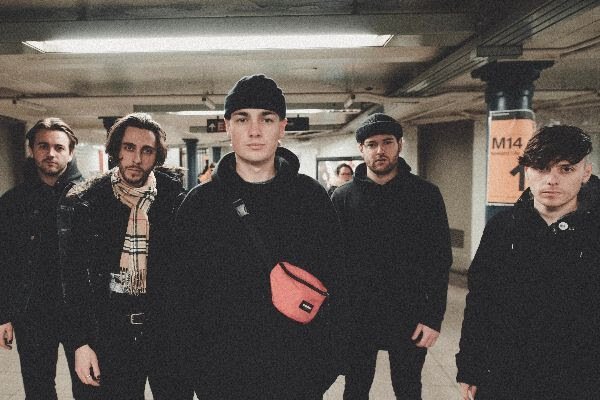 Boston Manor have released a brand new single ‘Liquid’, a darkly-shaded anthem inspired by the multiple versions of every individual that exist within other people’s consciousnesses. The song features a guest turn from John Floreani of esteemed Australian act Trophy Eyes, a band who’ve shared many a stage across the world with the Blackpool band. ‘Liquid’ has been released with a re-imagined, stripped back version of fan favourite ‘Halo’.

Boston Manor have also announced a UK & European headline tour in October & November. Full dates listed below. There’ll be more live dates for the band before then though as this new track has dropped just before they head back out to the US for a tour with A Day To Remember and Knocked Loose. They’re looking at a busy summer all round, which will ultimately see the band take to the iconic BBC Radio 1 Stage at the equally iconic Reading & Leeds Festivals at the end of August. Boston Manor were recently seen whipping up frenzies at Slam Dunk Festival and various other mammoth festivals across the US, instigating crowd reactions indicative of just how far the five-piece have come during their short time as a band.

This new single ‘Liquid’ follows the 2018 release of Boston Manor’s second album ‘Welcome To The Neighbourhood’, a soundtrack to disenfranchisement set in a fictionalised version of the band’s hometown, released via renowned US indie Pure Noise Records. The album has enjoyed critical acclaim and propelled the band’s burgeoning fanbase to new heights worldwide.