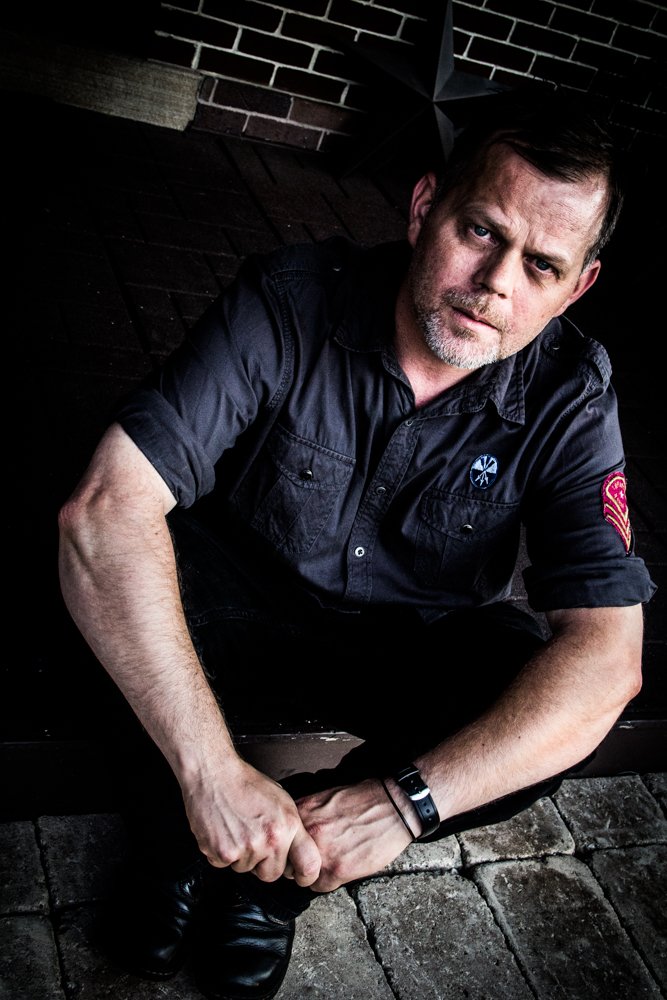 RYL: Your album “BOXERS” will be released soon, how do you feel about it? It was difficult to reach its final version?

MATTHEW RYAN: Making a record is always a process of gathering and then eliminating things, ideas, notions, even songs. It’s funny, every step feels so important and it is. The process of creativity has to be seen all the way through.

It’s hard to say how I feel about Boxers. I’m proud of it, I love it. I’m relieved it’s done and almost ready to be shared. This is in many ways the record I’ve been moving towards since the beginning. It’s been said (by Brian Eno I believe) that an artist’s greatest enemy is what he’s already done.

I’ve done a lot of things. I’ve succeeded wildly and failed miserably, I’ve had songs grow their own stories far beyond what I thought possible. I’ve offered a lot of music, quietly and loudly. But this collection is different. These songs came via a strong compulsion to say what I felt wasn’t being said. At least I wasn’t hearing it in a fashion that rattled my guts.

The band on this record is all from a certain ethos. That makes the conversation even bigger, more explosive, and less insular. I don’t know how people will receive it. In many ways it’s a difficult time for purer art and music. But I believe in Boxers, and I believe in the guys that made it with me. And at the end of the day I believe that’s all that matters. It’ll soon be up to listeners. I still believe music has a job in our culture. I guess I hope listeners agree with me on that.

MATTHEW RYAN: Hard to say yet. The song Boxers seems to wanna lift the roof a couple miles. But there’s a handful on here that have that gasoline in them. Anthem For The Broken is another. God’s Not Here Tonight has a certain brutal hope about it as well.

MATTHEW RYAN: There is… but I don’t know how useful it is to spell it out for people. We each bring 50% of the story to the art we encounter. I would hope that people would see themselves and people they know in these characters. It’s a compassionate war in these songs.

People get lost sometimes but they keep going. There’s something beautiful about conflict, real conflict, the kind that challenges the promises we made and the dreams, ideas and things we hold dear. Through conflict we find where we really stand. I’m talking about conflicts of the heart, mind, ideology, economy and love… And a couple other things as well.

MATTHEW RYAN: I’m lucky, they just seem to come. Well, maybe I’m not lucky at all. There’s very little craft to them. They are what they are. I try and trust what comes.

But I’ll edit and rearrange if the moment allows. My point of view is a compulsion towards honesty. Now honesty is different from the truth. Sometimes they intersect. Hopefully more often than not.

MATTHEW RYAN: Probably the late nights at a diner up in Kingston, NY just talking and over tipping the waitresses. Clearly the music is big. But that brotherhood resonates in every aspect of events like these.

Or at least it should. And we were lucky with this one. It was a prolonged connectivity to something beautiful.

RYL: Tell us everything about the song “An Anthem For The Broken”, our favorite…

MATTHEW RYAN: There’s always one song on a record that nags you a little. It keeps pushing you to go further. There’s a great story about Anthem but it’s too personal. In many ways it’s a summation of all I’ve ever done with my work. I’m an idealist. Anthem didn’t want anything other than what its full intention was, to crack open the sternum and expose every heartbroken optimism we’re capable of.

We ended up releasing it early as a benefit single for my friend John Anderson, and his wife Amanda.

They’re in the throes of an ALS diagnosis for John. It’s been beautiful to see people rally around John and his family. It rings all the way through since that’s the lean of that song: Reach for it even if you’re not sure you can reach it. It was recorded in one take. I believe the vocal take is top to bottom. The band is on fire. I love the guys that played on this record.

No self-consciousness, a brutal hope. Freedom comes in many forms.

RYL: Do you remember the day you wrote “God’s not here tonight”?

MATTHEW RYAN: I do. It was cool out, autumn. That’s one of those songs that marries revenge and hope. I don’t know how often songs do that. I certainly don’t mean to imply I was wearing a Columbus hat when I wrote it.

But I love that contrast, there’s a lot going on in there. Hopefully it speaks to what I was talking about earlier with the elimination of certain details so that it opens up like a room for anyone.

A couple of friends have said they took it as anthem for recovering Catholics, as in exploring other possibilities. That’s useful stuff I think. But it means something else entirely to me.

RYL: Your favorite song from a lyrics perspective?

MATTHEW RYAN: That’s hard to say. This record is operating on a certain plain. The songs are like chapters in a book, or scenes in an ensemble movie. I feel like they all got their due equally. There are descriptors I’m particularly fond of though.

MATTHEW RYAN: I like the simplicity of the second verse of “If You’re Not Happy.” It was written for a friend of mine that recently decided to exit the whole damn thing. It was a conversation I wish we’d had. Heartbreaking stuff.

RYL: Tell us about “Heaven’s hill”, what inspired it?

MATTHEW RYAN: Heaven’s Hill is one of my favorite stories on Boxers. It’s about a guy who loses his job and subsequently loses everything, despair becomes a rabbit hole. There’s a very purposeful and obvious reference in there to Springsteen’s Downbound Train off of Born In The USA in the 3rd verse.

There’s something so cruel about how economics defines our worth in America. It’s a bit creepy and certainly not new or unique to America. But it’s a strange inhumanity that people’s lives on a ledger mean little to the bottom line.

When people lose their jobs they lose more than work. It’s implied that the guy who fired him continues just fine with his own security and dignity as our main character’s life unravels.

The main character in Heaven’s Hill obsesses on this and concludes revenge is his only option. He decides that the “boss” who fired him shouldn’t get to heaven. Naturally, as is often the case with art, we take things to absolutes, extremes.

As luck would have it our guy had previously found a gun that still had two bullets in it. In his mind, the only way he could be sure that the “boss” doesn’t get into heaven is to take him to St. Peter himself and explain to Peter the situation.

The whole song is actually a conversation with St. Peter. All of this may come off a bit self-congratulatory, but trust me I don’t mean it that way. I think it’s a useful song. And it’s important to the arc of this collection.

Oh and that’s why there’s a reference to a whippoorwill in there, there’s this mythology that whippoorwills carry our souls to heaven. It’s one of those songs, I did my due diligence. It’s not just a rock song. None of them on Boxers are. They all have a mind too. Like I keep saying, it’s a brutal hope.