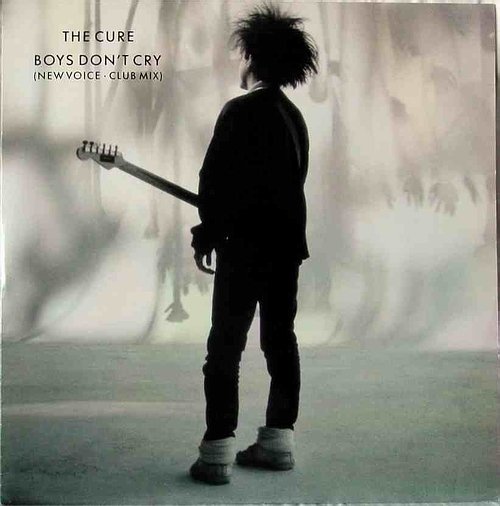 The lineup of The Cure changed quite a lot during the year, Smith was the only member that remained in the band since the beginning.

Robert Smith is the singer, the writer of the lyrics and  the guitarist of the band.

In 1979 the first album “ three imaginary boys” is released and will project the band to the big public.

The Cure are alternative music, a mix between new wave and post punk, for sure something very particular and avant-gardist  in the music panorama of the eighties.

The second single extracted out of their first album is the single : Boys Don’t Cry and has been written not only by Robert Smith but also by Michael Dempsey (bassist) and Lol Tolhurst (drummer and keyboardist).

The lyrics tells about a man who gave up trying to regain the love of a woman that he has lost, and tries to cover his true emotional state by laughing, hiding the tears in his eyes……..you know……… boys  don’t cry….usually….