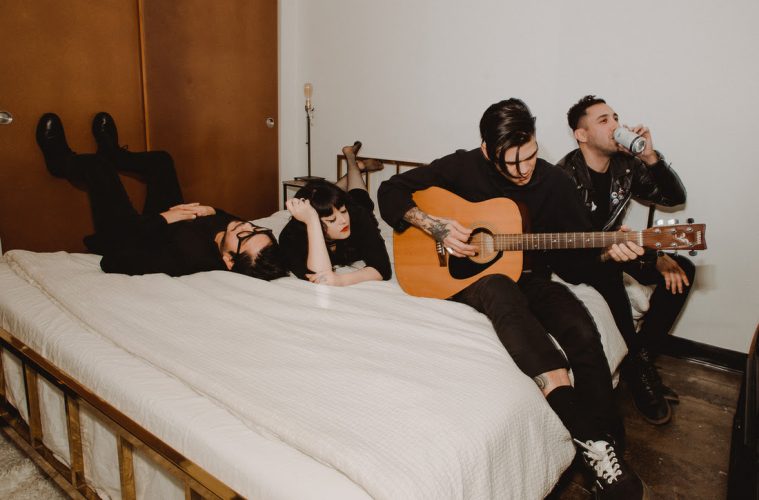 Last year Brass Box released the official video for “Tragedy.” The video was directed and conceived by the band’s Ammo Bankoff. The band says, “A tragedy is a symbol of growth. The subconscience burdens carried by past decisions create the assumptions we make. It shapes the risks one is willing or unwilling to take.” “Tragedy” is available to order on limited edition cassette via Dune Alter at Bandcamp and is streaming at Apple Music and Spotify.

With enchanting and dreamy darkness, Brass Box takes listeners on a journey through the beauty and darkness that bubbles and swells beneath the surface of ordinary life.

The band was formed by Ammo Bankoff, who, with a completed demo, summoned longtime friend Neil Popkin to join her after a late night encounter at a local bar. The duo originally met several years prior at an underground party in Los Angeles where Ammo’s bands (Tête, Black Flamingo) occasionally shared bills with Neil’s bands (War Tapes, Rituals).

Neil brought in guitarist Matt Bennett (War Tapes) and drummer Pablo Amador (Rituals) to round out Brass Box’s lineup. Since joining forces, the quartet has garnered a much deserved reputation for creating some of the most uniquely beautiful and lush confluences of melody and noise.