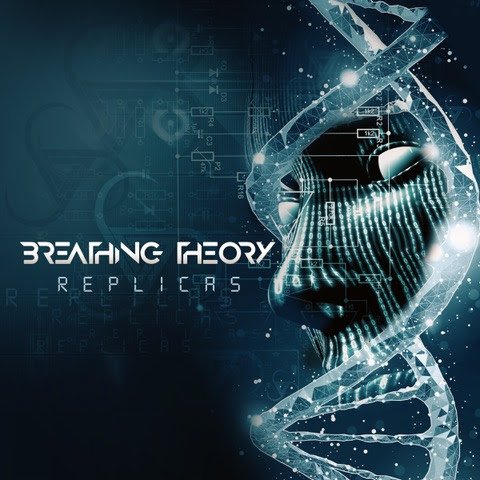 rockyourlyricsSeptember 10, 20210 views
News0 views 04 min read
Breathing Theory, the Florida-based hard/rock metal band, has released a new video for its latest single, “Replicas,” today via Wake Up! Music Rocks. the song was co-written and produced by RA frontman Sahaj Ticotin ((Motley Crue, STΛRSΞT, New Years Day). The video can be viewed at this location: https://youtu.be/gjcMzcqt6nE.
The song can also be streamed here:  https://onerpm.link/Replicas
“Sahaj Ticotin from RA is literally our guru,” states frontman Cory Britt. “He’s a mad scientist of music, if you will. We talked about the direction for the new music and what vibe we wanted to express. Creating ‘Replicas‘ was like magic happening in front of us. We were like YES as he took our pieces and connected it with his. So fun, jamming this song and writing together. He’s definitely our favorite guy to work with when it comes to writing.”
The video was directed by Wombat Fire (Five Finger Death Punch, A Killer’s Confession, Hellyeah, Static X).
“Working with Wombat Fire was amazing,” adds Britt. “He took every idea I had to convey the story of ‘Replicas‘ and found a way to bring it to life. He captured not only the futuristic vibes but kept it simple and yet, still tied in the mystery of, ‘could this all be some kind of matrix at play.’ We had a blast shooting the video with him and his team, and we look forward to working with them again soon!”
BREATHING THEORY’s music has a wide range of genre appeal, often described as nu-metal active rock, with heavy, down-tuned melodies and catchy pop like sing-along choruses. BREATHING THEORY aims to make their modern music “vibe” with fans of all music genres, something that grabs the audience upon first listen. The band draws from several musical influences and has been compared to the likes of Breaking Benjamin, Bring Me the Horizon, Starset, Papa Roach, Slipknot, and Avenged Sevenfold.
BREATHING THEORY has released several albums, including Uprise Part 1, Uprise Part 2, and recently in 2020, Balance. The band has toured nationally and played numerous festivals, including Earthday Birthday, InkCarceration, KinkFest, and Reverb.
BREATHING THEORY recently performed at the Central Florida Metal Fest in late August and will be appearing at Blue Ridge Rock Fest taking place September 9th – 12th in Danville, Virginia.
BREATHING THEORY has recently been signed to Wake-Up Music Rocks! and is managed by FM Music Management in Chicago.
“We are excited to present this new single ‘Replicas‘ from Breathing Theory,” says Wake Up! Music Rocks head of A&R Julie Reavis. “These boys have it all! When I was first presented their album, it only took one song in to know I loved it!”
Pepper Gomez, founder, and CEO of Wake Up! Music Rocks adds: “When Julie Reavis spotted this sound, there was no doubt it was undeniable. Then I watched them explode on stage live. Just wow!”