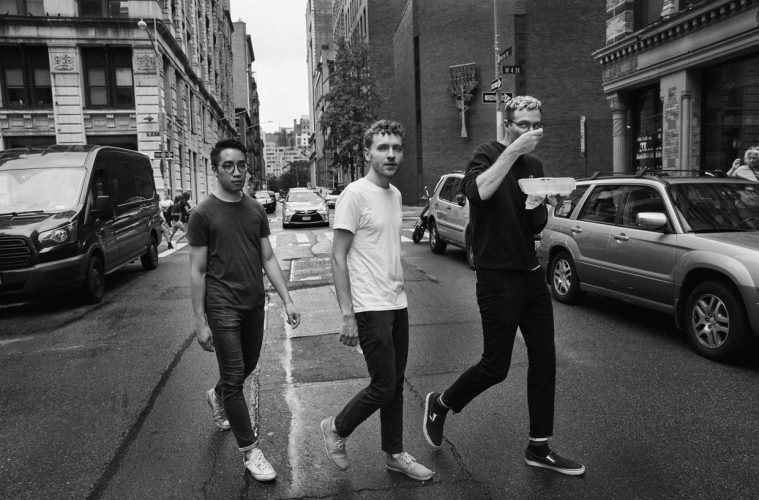 Brooklyn indie-rock trio Noble Kids, are pleased to announce the release of their sophomore album titled ‘Messy Pretty‘ (purchase). Engineered by Greg Giorgio (The National, Sharon Van Etten, Tokyo Police Club) at Tarquin Studios and at a home studio in Greenpoint, Brooklyn, ‘Messy Pretty’ is a bold collection of songs that speak loudly and clearly about queerness and identity through personal experience and interpretation. It represents the messy but honest process in which they created the record, and the dynamic among the bandmates. With sparks of shiny pop buried beneath gritty indie-rock, their sound is driven by an interplay of clever guitar work with unafraid and upfront vocals, dirtied by demo takes and reprocessed sounds. Stream the album in full on Spotify HERE and Apple Music HERE.

‘Messy Pretty’ is the realization that despite growing and settling into your queerness or your identity in general, the real obstacle lies in how others, sometimes your closest friends, (mis)classify your experience. If anything, the album is a frank admission or assertion that regardless of your identity, your experiences are allowed to be normal despite how disastrous they may seem. ‘Messy Pretty’ is both the mistake and the lesson.

Brooklyn’s Noble Kids are Bryce Barsten, Michael Steiner & Kevin Chang. After recording their first album, the band set out to make something deliberately different and less constrained by their expectations of what a record should sound like. They left in original demo takes recorded in their underwear, scratch tracks, a zither recorded through an Apple earbud microphone, and background noises that reflected the spaces where the record was made. They threw more at the wall, experimented, and layered ideas to create concepts, and then subtracted from the songs, ending with a body of work that felt simple.

From the Beach Boys-inspired, good-time feel of  “West of Here” and the heavy nostalgia found throughout “Rain Hat” to the clever guitar lick and punchy vocals presented on “Jaws,” the result is a daring and straightforward record, and very intentionally so. The lyrics are stories and ideas, spoken simply so that people can relate to them and use them as perspective, reassurance, or even guidance. Additionally, the album isn’t shy about talking about love either but too often it feels like when our generation tries to write about love, it comes off either vindictive or love sick. ‘Messy Pretty’ tries to go beyond that by attempting to convey the nuanced highs and lows of trying to find yourself, your partner, and/or your voice.

“Messy Pretty is a very human record,” says Barsten. “There is a sheen to it, but it’s messy at its core and direct in a way that made us all a little uncomfortable while making it. That was a new feeling, and it became an important feeling to embrace. It pushed us.” 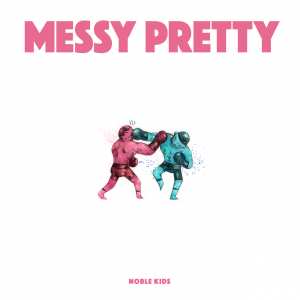