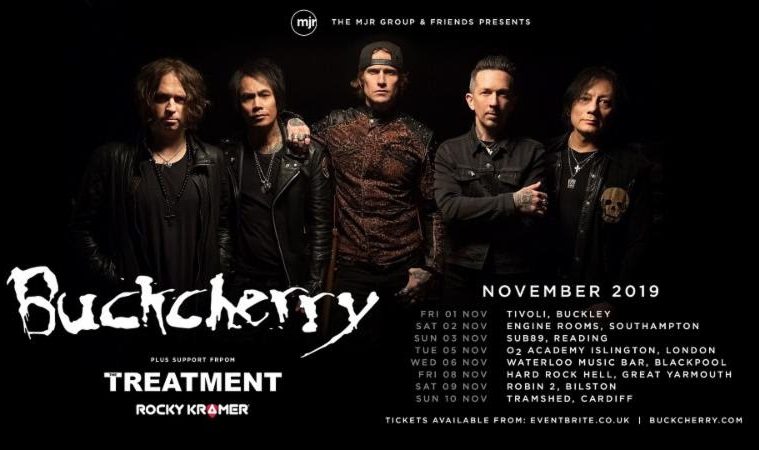 Continuing the support of their current record ‘Warpaint’, Buckcherry announce today their return to the U.K. for an eight show run in November.  This tour will mark the band’s second visit to the U.K., following their shows in February before the ‘Warpaint’ album release in March. The tour runs from November 1st through November 10th and includes an appearance at the Hard Rock Hell Festival in Great Yarmouth.

Appearing as direct support on all headline shows will be U.K. band The Treatment, with Rocky Kramer opening all headline shows. VIP meet and greets for all shows, except Hard Rock Hell, are available at buckcherryvip.com.