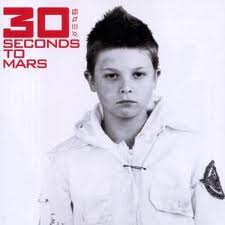 Buddha For Mary – 30 Seconds To Mars

Jared Leto, singer of 30 Seconds to Mars, wrote this song in 2001 and published in 2002 as part of the first self-titled album of the band.

Particularity of this song is that he never wanted to talk about its lyrics, saying only that Mary was not really existing.

Apparently Jared believes that one of the exciting things about music is the interpretation that can change a lot from person to person.

Rock Your Lyrics and many fans have found a possible explanation on the fact that this song is about  the difference between religions.

The lyrics of the song are just explaining the differences between the two religions and how each one of them perceives the other….here some examples…:

“can u hear me are you sleeping? ” it is about eastern religions commented on how Christianity is in trouble

“will you rape me now?” it is about western religions morals, how we accept the sex before marriage in modern society

“you better pray to Jesus” “i don’t believe in God” is showing how Christianity has lost it’s way, and how most people say things and do things, but don’t always have faith in what they do