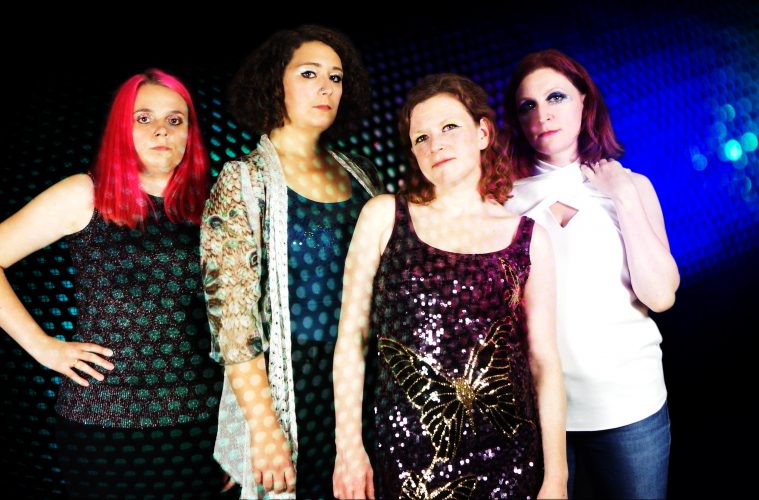 Croydon-based punk-purveyors Bugeye have announced their brand new single, ‘Disco Dancer’, coinciding with several shows across the South of the country.

Now fleshed out as a four-piece, Bugeye have reinvented ‘Disco Dancer’, a song they have had kept in the top draw as a demo, with legendary Indie producer Paul Tipler (Idlewild, Placebo, Stereolab), as well a new lyric, taking in themes of idolism and the battle of the sexes.

It’s a big ask, but Bugeye pull off the ever difficult task of mixing pop and politics, blending these subjects with a riotous infectiousness that brings to mind bands like Gossip, Le Tigre and early Talking Heads.

The band interweave late 1970s New York post-punk style basslines with sharp and bouncy guitars, with lead singer Angela Martin’s vocals constantly teetering on the verge of boiling over into a furious yelp, reminiscent of the sounds of Seattle in the early 1990s.

With previous singles ‘Is This Love’, ‘Wake Up’, and ‘Never Let This Go’ receiving radio support, it took things up a gear for Bugeye.

A group very much in demand, the band played sold out shows up and down the country this year, announcing more across the South of the UK, with more to come in early 2019.