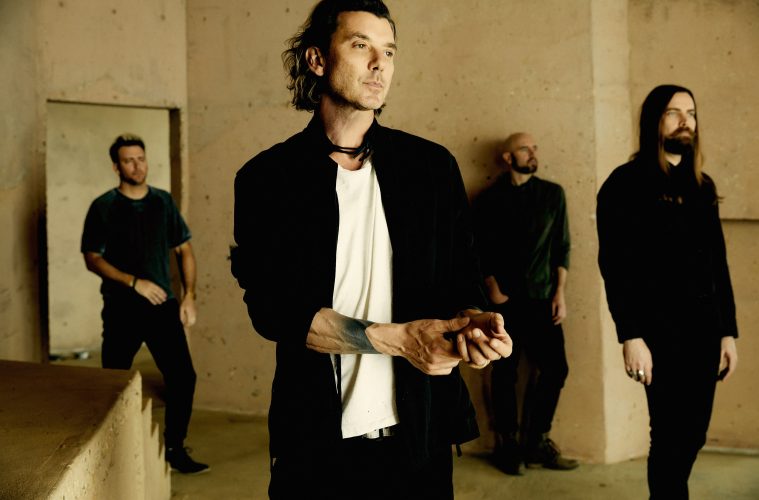 Iconic multi-platinum rock band BUSH have announced the May 2020 release of their eagerly-anticipated new album, ‘The Kingdom’. Fans can get a look at what to expect from the fiery rock record with the release of its hard-charging lead track ‘Flowers On A Grave’ HERE. Also announced this week, BUSH will return to the UK in June to make their Download Festival debut amongst a European headline tour.

“We are really proud of The Kingdom,” says BUSH vocalist, songwriter and guitarist Gavin Rossdale. “It’s as if all roads traveled over the last few years have gotten us to this point. We look forward to this cycle – old fans, new fans, like minded people who are searching for their kingdom.”

The announcement follows a barrage of new activity from the resurgent superstars this past week as they set the stage for what is shaping up to be their biggest year yet.

On Friday, BUSH premiered “Flowers On A Grave” in front of a sold-out crowd of their most rabid, hardcore fans at their special Las Vegas underplay at the House of Blues at Mandalay Bay.

Fans couldn’t believe their eyes (or ears) as the rollercoaster ride continued Saturday night in Reno, NV where Rossdale jumped on stage with Benjamin Burnley and Breaking Benjamin to surprise a sold-out crowd of 7,000 people at the Reno-Sparks Convention Center with a rousing rendition of the Alice In Chains classic, “Would.”

The surprises continue this week as BUSH confirmed European headline dates, including the band’s Download Festival debut, and a summer US tour with Breaking Benjamin. This past weekend’s performance perhaps foreshadowing one of this summer’s best tours for big rock hits, which will also feature Canadian hitmakers Theory of a Deadman, who are enjoying their recent No. 1 at Active Rock Radio with their latest smash, “History of Violence.”

For BUSH, all this recent action is the launchpad that sets up today’s album announcement and release of their new single.

The pensive and pummeling “Flowers On A Grave,” co-produced by Erik Ron and Rossdale himself, is the dynamic follow-up to BUSH’s cinematic “Bullet Holes,” heard by audiences all over the world atop the end credits to the international blockbuster, John Wick: Chapter 3 – Parabellum. Watch the mesmerizing Jesse Davey-directed visual for “Bullet Holes” below, which features a fierce BUSH performance interspersed with footage from the action thriller. Produced by Tyler Bates (John Wick 1 & 2, Guardians of the Galaxy, Deadpool 2), “Bullet Holes” will also be featured on BUSH’s forthcoming buzzed-about new LP, ‘The Kingdom.’ 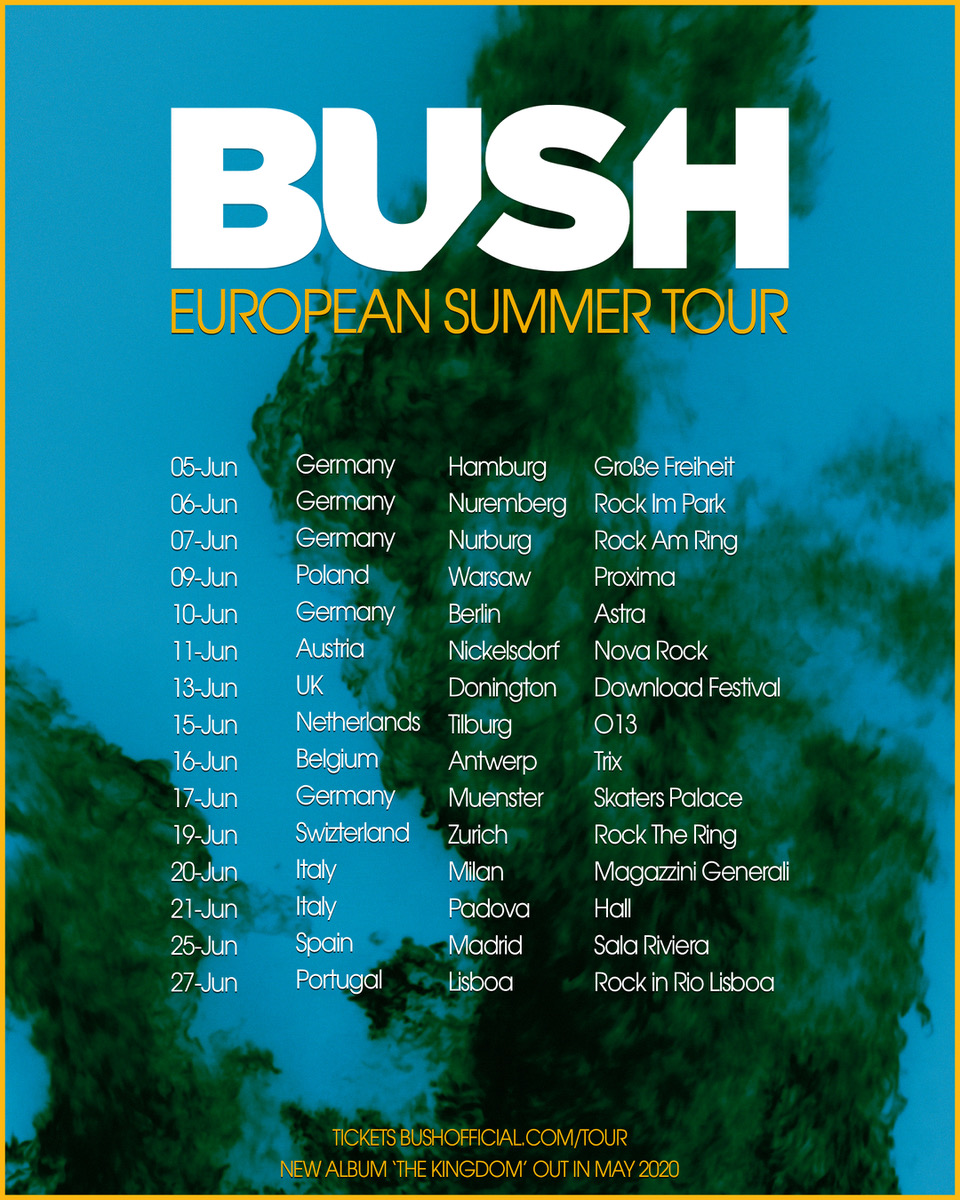 VIP packages and tickets for BUSH’s artist presale are available at BUSHofficial.com. Tickets went on sale to the general public beginning March 6 at 10 AM local time at LiveNation.com.