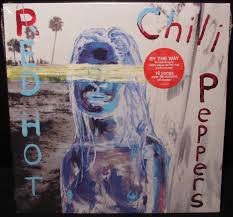 Do you know the connection between Californication, Dani California and By the Way?

Obviously are all songs made by the Californian Rock Band Red Hot Chili Peppers that do have a common topic : Dani California

Who is she? As Anthony said once, the character of Dani is composite of all the women with whom he has had relationships ( we are really curious to know how many…this Dani-girl might have a lot of double personality problems….).

She was originally from Mississippi while she lived her short life in California, obviously she ended up being in trouble,

By the Way is describing a part of her life and a rendez-vous with Anthony in which she was singing for him.

By the way was released in 2002 as a first single of the album that carries its same name that sold over 15.000.000 copies and it is considered one of the most interesting album of the band from a lyrics perspective.

The video of the song, directed by Jonathan Dayton and Valerie Faris it is just another masterpiece, do you remember it…a crazy taxi driver is trying to kidnap Anthony…will he escape?