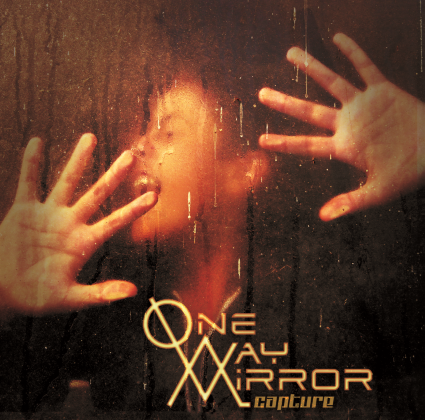 RYL: It is just matter of days and your new album “Capture” will be released….Which is its main achievement lyrically speaking?

Human Agknolegement of its sitation….

The acceptence of death. Which I don’t manage to accept… I try to cure myself with lyrics.

RYL: Which is your favorite verse among the songs included in the album?

Guillaume Bideau: I don’t know… What I say in the lyrics is not beautiful so I don’t have any favorite ones.

While alone I cry often when listening to the lyrics I write.

They dig through me and while listening to the songs it hurts.

Guillaume Bideau: It’s hard to explain….It’s more like a life feeling than a real theme.

It’s like a twisted vision of what life is,but no religion included.

Religion helps you bearing with death.

I don’t have that trick..

I’m too honest towards myself.

RYL:  Tell us everything about the song “Confusion Core”….which of its verses you like the most?

Guillaume Bideau :To make a long story short: Life is a bitch…

This song is one of our favorite on the album. We’ll play it live for sure and it will kick ass!

The song was composed in one evening. That’s how we roll. If a song takes more than one day to compose it often ends up in the trash.

I guess I prefer the first verse. 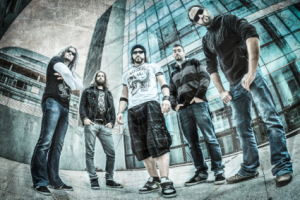 Guillaume Bideau: Instant creation…. But it’s amazing how reality catches up with you.. Your mouth tells your truth when you don’t even want to hear it.

It’s like we have an engine inside ourselves. And it does its job good. Everything ends up making sense but it often takes time before it appears.

I don’t really know if what I just said makes a lot of sense.

RYL:  who produced the album?

Guillaume Bideau: We usually produce the albums ourselves David and I but David did the big most of it this time.. David did almost everything but the vocal production. Which I leave to myself.

He did 80% of the album. Maybe more. And he’s more than talented. I have one luck in my life: Beeing surrounded with Hyper talented people..

And I love them.

RYL: With one dollar available, which song would you buy?

Guillaume Bideau: I have no bloody idea!! Maybe the single “Stinkin’ of gold”.

It gives a good picture of the album according to me…..but I might be wrong.

It’s a rich album and every track brings me a different strong emotion. 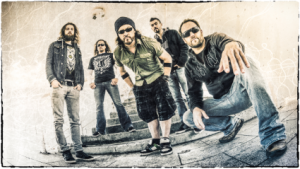 RYL: Do you remember the day you wrote “Neglected Skies” what inspired its lyrics?

Guillaume Bideau:  The way we treat the earth inspired me. And it’s not very nice..

Humans are both greatly intelligent and stupid… We have to focus on intelligence but it’s not easy.

Guillaume Bideau: Maybe at the Summer Breeze. A lot of people, a lot of fun and a great crowd reception.

RYL: What inspired the verses of “Warnings”?

Guillaume Bideau: What I go through in my life.