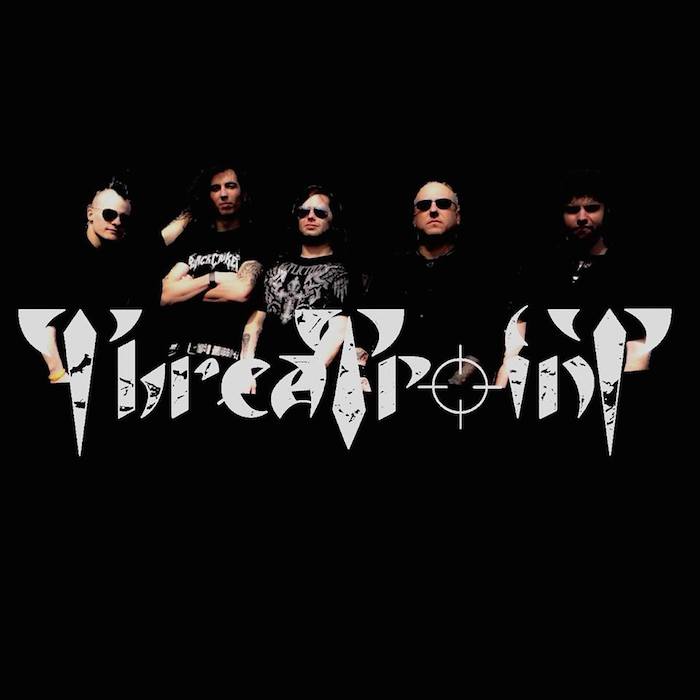 CARE FOR WHAT YOU WISH FOR – interview with THREATPOINT

RYL: Your last album “Care For What You Wish For” was released in October last year….tell us more about it… happy about the success obtained so far?

THREATPOINT: It’s been very positive reaction, especially it’s pretty different than our debut. You have to stay fresh and not keep recording the same songs over n over. Growth is healthy for any band.

Still trying to catch the attention of the right label for us.

RYL: Let’s talk about the song “Mocking Bird”, what it means for you?

THREATPOINT: Mockingbird is a bird whom can’t sing its own tune it copies others.

I heard one and wrote a song about how people are afraid to step out and be unique, so many just follow the fad whatever it may be at the time.

THREATPOINT: not really. They all have a story based on reality.

I try hard to put a twist on the lyrics yet shine a light in a very dark world. Some songs are about things that have impacted myself or the band.

Sometimes lessons I’ve learned through life. And sometimes they are about other people or something I may have read about or seen a story on television.

RYL:  Do you remember the day you wrote “Divide & Conquer”?

Sometimes the mood directs the lyrics. Sometimes we start with a vocal melody. Sometimes it all starts with a riff or a beat. We all write the music end of it. Yes, old school sit , in a room and hash it out.

THREATPOINT: “The Age of Godlessness”

THREATPOINT: Maybe …”Calm before the Storm”

THREATPOINT: We push as hard as we can, especially we all work full-time.

That’s how this gets funded, No One is helping us. We leave in a few days for our Dirtbag Clothing West Coast Tour. Pretty excited.

RYL: What “When Karma Comes” lyrics mean to you?

THREATPOINT: Reap what you Sow !