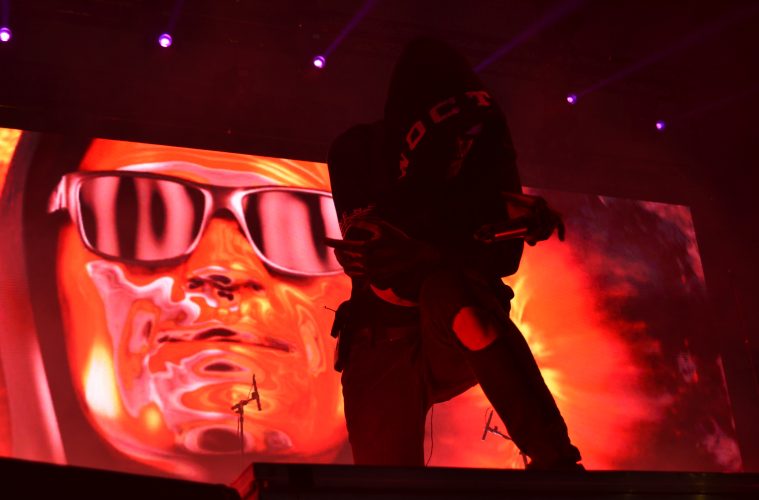 At Rock Your Lyrics, we love to support great musicians & help you discover artists, producers, songwriters that give a meaning to the world we live in through music. Carla’s Dreams is a musical project singing in Romanian, but who’s deep lyrics caught our attention. 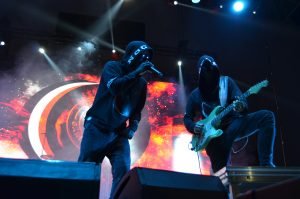 From a faraway land, forgotten by many, there’s an everlasting source of creativity that unceases to amaze the world through its honesty and simplicity.

The Republic of Moldova, the small sister of Romania, separated of its motherland by the Prut river and a series of unfortunate historical events, is the home of Carla’s Dreams – a musical phenomenon nowadays.

Surrounded by mystery, the band has never revealed the identity of its members. They are known as the men who paint their faces in black and cover them under a pair of sunglasses and black hoodies. Some people found it odd, but luckily, many more understood the need of artists to protect their identity. Exposing your life in lyrics, even under metaphors and anecdotes, is an act of courage itself. It’s the most personal gift an artist can bring to the listeners. It means putting your heart out on a silver plate and offer it to the world. Some will notice its fragility and will appreciate & protect it. Others will just devour it. Carla’s Dreams band members’ sole focus is making music for the love of music. And nothing else matters.

After many years of activity on the Moldovan underground music scene, Carla’s Dreams’ talent was brought to a wider attention through the song P.O.H.U.I. – a featuring with world renowned Romanian singer – INNA. This led to a record deal with Global Records, the most powerful music label from Romania, at the moment, having a global reach & artists gathered under its umbrella.

The road to continuous success was only a song away. For five years now, their singles top the charts and are a constant presence on TV/radio stations from Romania & abroad. Without making any concession on their authenticity. That’s something that contradicts the general guidelines of success, the easy road that many artists choose for the sake of fame.

With the risk of not getting into the very depths of the Romanian language’s lyricism and the archaic forms of some words belonging to the lovely Moldovan dialect, we will try to translate some of band’s most heartfelt lyrics:

“You left me your diary, but without its end

I beg you not to say our love has died

And that from today on I’m only going to feel you in the raindrops.” – Te rog / Please

“Don’t you say you want to stay

I don’t know paths to hearts or Heaven’s doors

You can’t keep on lying to yourself like that

When you could just leave, but you know…

You’re hiding away from me the pain you feel

From the wounds on your back.” – Aripile / Wings

“I still have memories…

Your needles draw tattoos under my skin

They bring new blood into my veins

A girl that will become blurred into the crowds eventually

And right now I’m speaking for her to you:

The law of my love is flaw + flaw.” – Imperfect

But love isn’t the only theme Carla’s Dreams sings about. Proud of their Moldovan roots, they bring insights of the traditional life in Moldova, making some of us nostalgic over childhood years when we were spending the holidays at our grandparents place, in the countryside.

“They think we belong to no one,

But we have our grandpa’s portrait hanged on the wall

And the stories he used to tell under his mustache, sitting on the oven

And so, we rejoice ourselves in their faces!” – Ne bucuram in ciuda lor / We Rejoice Against Them

Going from underground to top radio charts won’t prevent people from accusing you that you are a sellout. It happened to this band, as well, but their wittiness led them to come up with a brilliant musical answer – the song Anti CSD.

“- I created you, Carla’s Dreams of Bucharest

You exist today only because I gave you raw ideas

That you sold, how you could, over the Prut.

You would be starving right now, right here, like a dog

So do not provoke me and I will not attack you

I’m not obliged to be up your alley.” – Anti CSD

His straightforward thinking, his raw talent and success, brought the lead singer and founder of this project on one of X Factor Romania‘s jury chairs since 2016, obtaining the trophy with one of his contestants – Olga Verbițchi.

The honesty of the lyrics behind the black mask, the powerful message behind every song, the lyricism of every expressed idea is what gathered over one million fans in Social Media, people that follow the band on every concert they perform. 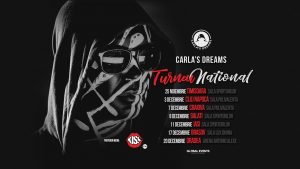 We had the chance to watch Carla’s Dreams live on their National Tour happening now in Romania, at their show from Craiova. One hour and 15 minutes of explosive energy accompanied by mad graphics displayed on the background, moments of in-depth silence and introspection, frantic dance moves & thousands of fans singing every single word.

The band has also performed their latest single – Luna – live for the first time in a concert.

Our story about Carla’s Dreams comes to an end with a photo gallery of shots taken by our correspondent – Diana Ciobotea, at their show from Romania.