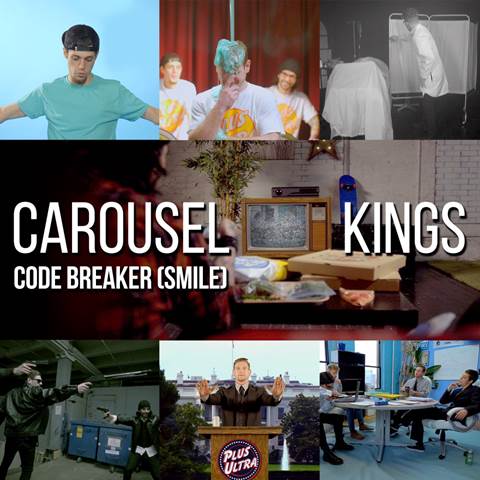 Thunderous, heart-stomping melodies and guitar work are what makes up Pennsylvania’s most explosive act CAROUSEL KINGS, who return with ‘Plus Ultra‘, their fourth full-length album, coming May 31, 2019. The band divulges details behind the release and the first video/single “Code Breaker (Smile).”

Fans can expect this album to have more shred than ever before, with vocalist David Alexander promising that the process of recording ‘Plus Ultra’ has “truly taken our song writing further beyond.” By that, the founding member explains, “I say ‘further beyond’ because of the layers on this record. Our guitarist Will (Barovick) pushed his playing and imagination to another level.” Obviously spending so many years on the road will hone your craft, and fellow members drummer Danny Wilkins and bassist Cody Williams stepped up their game, pushing boundaries further and showing the Lancaster, PA outfit is more than just a ‘pop punk band.’

On the video Alexander states, “We proposed a lot of 80’s/90’s youth culture for the video – game show slime-ery, cheesy infomercials, B-level horror movies and ‘dramatic’ film noir. Outside of the visuals, the song references positivity and soul searching throughout, so we balanced light-hearted comedy but keeping fans on their toes with intricate songwriting.”

Musically, ‘Plus Ultra’ goes far beyond the limitations of rock or punk, adding a deeper and subtle, diverse selection of material, including a whopping ten guest appearances. “Plus Ultra is the first album we have had a female voice on which we are very stoked about!” exclaims Alexander. “In addition to having the great Lexxe on ‘Move Slow,’ we have our good friend and great talent Spencer Charnas of Ice Nine Kills on ‘Shellshocked,’ and MANY other talented friends throughout. This is the first album we have experimented with different sounds, including a ukulele and saxophone featured on ‘Shelter,’ the guitar grooving of ‘Lock Meowt’ and lots of electronic sounds throughout the record.”

The band signed to Victory Records in 2016 and released the album ‘Charm City’ in February 2017.

Hear the new tracks live as CAROUSEL KINGS hit the road in support of ‘Plus Ultra’ throughout 2019. 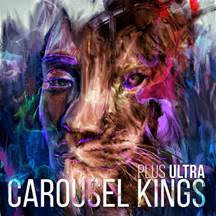