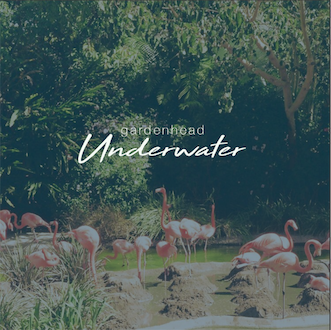 rockyourlyricsAugust 9, 20170 views
News0 views 03 min read
After much reflection, soul-searching and an abundance of fanfare, singer-songwriter Casey Bolles will make his return this year with a new project called Gardenhead.
Today, he’s partnered with NewNoiseMagazine.com to debut his first single, “Underwater,” under the new moniker. Fans can stream the track on Spotify starting August 4th.
I’m starting Gardenhead because I needed a fresh start. I haven’t released music in a while; I’ve been focusing on a lot of other facets of my life.
But when I started writing again, I’d been listening to a much wider range of artists and began experimenting with different sounds.
Luckily I’ve made a lot of friends through the music scene the past few years, and I wanted a better way to get them involved in the music I’m making.
The product of that is Gardenhead. I hope the narratives in these new songs have a more mature perspective than what I was writing before.
And I hope people hear something that feels refreshed and new, and while not always happy, at least comforting in some way.”
Since his start in 2013, Casey Bolles has built a growing fanbase with memorable performances, a 2014 EP, Freshman, which he wrote while pursuing a degree in Physics in New York City, and a 2016 follow up, Manhattan.
Drawing influence from the quirky indie-pop of Say Anything and The Front Bottoms, to the lyrical honesty of Bright Eyes, Bolles’ music is feverish in delivery and exudes a level of passion that pulls listeners in with each verse.
In 2017, in Gardenhead he’ll further explore the depths and breadths of his music.
Gardenhead will kick off a tour later this week. Dates are listed below.
Gardenhead Tour Dates:
Aug 4 – Concord, NC – Lafferty’s Live
Aug 5 – North Charleston, SC – The Purple Buffalo
Aug 6 – Tampa, FL – Transitions Art Gallery
Aug 7 – Orlando, FL – Will’s Pub
Aug 9 – Atlanta, GA – The Masquerade
Aug 10 – Birmingham, AL – 3029
Aug 11 – Nashville, TN – Hound Dog Commons
Aug 13 – Springfield, MO – FOH Lounge
Aug 14 – Kansas City, MO – Holy Cow Market & Music
Aug 15 – Dubuque, IA – Olliewood
Aug 18 – Indianapolis, IN – Hoosier Dome
Aug 19 – Chicago, IL – Treehouse Records
Aug 20 – Columbus, OH – Double Happiness
For More Information:
https://www.facebook.com/Gardenheadny/
https://twitter.com/Gardenheadny
instagram.com/Gardenheadny
Photo Credit: John Whitecar