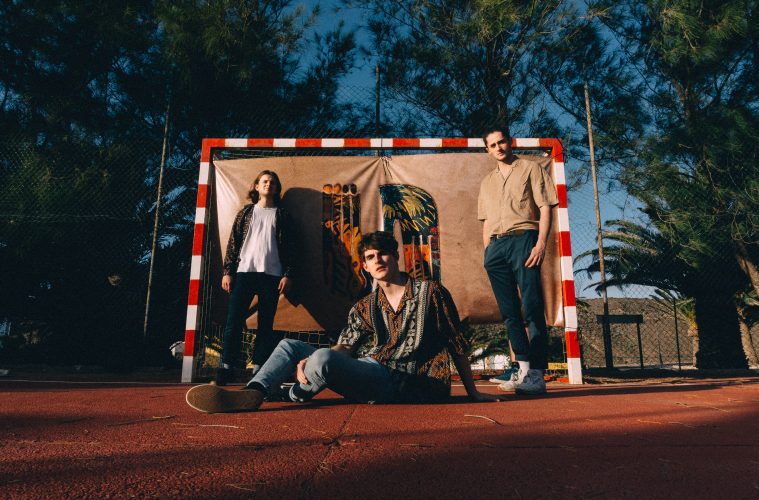 Already a fan favourite at their dynamic live shows, ‘Small Spaces’ came about as the band reflected on the monotony of routine and the feeling of being boxed in by one’s reality. Following the trio’s theme of instantly relatable lyrics set to jovial indie pop riffs, the track muses on escapism and daydreaming of a different world amidst the humdrum of day-to-day life, wanting something more. Sonically, ‘Small Spaces’ recalls the addictive twang of early Vampire Weekend and Foals, infused with Ska and Afrobeat influences.

Speaking about the track, the band say: “‘Small Spaces’ is the track that sets the scene for what’s to come. It’s our opener. It’s an introduction to a new tropical soundscape that we’ve been building towards since we started out.”

Since signing to Distiller Records last summer, Cassia have cemented their reputation as one of the most sought after live acts on the European circuit, playing a headline show at Manchester’s O2 Ritz (1,500 capacity) and getting shortlisted for Best Live Act 2018 at the Association of Independent Music Awards. They were recently named one of Radio X’s Great X-Pectations for 2019 alongside the likes of Sam Fender, Sports Team and Anteros, and their latest single ‘100 Times Over’ was recently named one of BBC Introducing’s best tracks of the decade. Expect more game-changing news from Cassia in the coming weeks.

Cassia will play the below live dates in 2019, with more to be announced. Tickets available here.