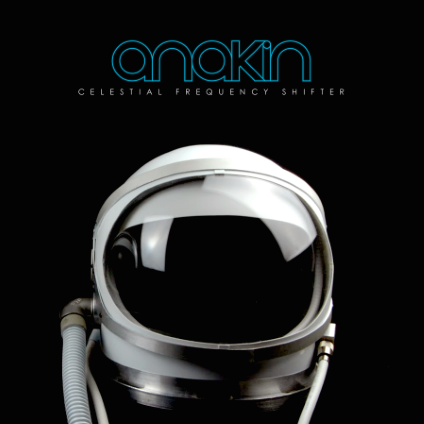 RYL: Your new album “Celestial Frequency Shifter” will be released soon. What does its release mean for you? Which song was its main achievement in terms of lyrics?

BC: I think this album’s release means more to us than anyone could ever truly understand. We never really knew whether or not we’d have a chance to have our music released on a label like No Sleep Records.

It’s an incredible opportunity to have Anakin showcased to such a wide audience that we may not have been able to reach otherwise.

For us, “Celestial Frequency Shifter” is somewhat personal therapy in that it’s been written in such a positive mindset layered with hope and I think that’s important.

For me personally, I’d say either “Astro[not]” or “Lucidity” would be the main achievement lyrically. My Father-In-Law passed away prior to this album and that really had an impact on those lyrics. From that comes the question as to what our purpose is and the unknown.

Where do we all wind up in the end? Will we be okay? What exactly happens when we take our last breath? That’s when our minds really start to wander. Dreams mixed with reality.

BC: You could probably say that hope or renewal is a common theme in the lyrics. However I’m pretty obsessed with outer space so almost all the lyrics are drenched in that.

BC: “Satellite” was inspired by the idea that sometimes we need to reassess ourselves and who/what we are surrounded by. We do this not only to continue our hopes and dreams, but to simply be happy with who we are and where we’re at.

I believe it’s important to stay true to ourselves at all costs. Every now and then we may need to tweak our path because the end result is never set in stone.

BC: I normally enter the lyric phase with a pretty open mind. There have been times that I’ve tried to start out with a certain idea but it almost always becomes its own entity by the time I’m done.

I’m pretty sure nearly every word I write is subconscious.

I write lyrics last so I think what eventually comes out has a lot to do with the overall music vibe.

RYL: Which is your favorite verse of the album?

BC: I’d probably have to say it’s the 2nd verse in the album opener “Astro[not]” which is “We’ve been kept alive inside, as thoughts of you have multiplied. Keep them close to let you fade away.”

RYL: What is the meaning behind the lyrics of “Protostar”?

BC: Well, in some ways, it’s about this band and in particular about this album as a whole. I’ve always had a problem with personal doubt.

When it comes to music creation, that anxiety can become a monster. With “Protostar”, my worried mindset started with “will people even care about this?” to “never mind, I don’t care about what anyone thinks”.

It was the up and down mood I happened to be in at the time.

BC: Wow this is a hard one. What I’d pick this very moment would probably be “Today” by the Smashing Pumpkins.

RYL: Tell us about the upcoming tour… any plans?

BC: We don’t currently have any set tour plans but my hope is to do at least 1 or 2 this year to support “Celestial Frequency Shifter”. It’s still early in 2015 so who knows what will happen. I know I’m personally stoked to see what’s to come

RYL: Do you remember the day you wrote “Lucidity”?

BC: I don’t remember the actual day I wrote “Lucidity” but I do know that it came very quickly because it’s probably the most personal track on the album to me. I mentioned it earlier but it relates directly to my Father-In-Law “Skip” who passed away back in 2012 due to cancer and the dreams/visions about him that came and went since then.

I had the same lucid type dreams when my buddy Luke passed away, also due to cancer, back in 2006.

My hope is that even when certain lyrics may be an emotional release to me personally, that I’ve written them in a manner which anyone could relate to.