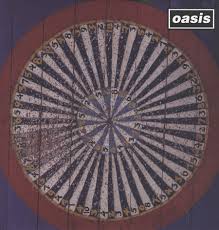 “A song about drugs, its music video must be not about them, but the viewers should understand that its all about them”

This is the brief that was received by Nigel Dick when he had to start shooting the video of this song, released in 1996 as part of the album “(What’s the story) morning glory?”.

Indeed it is a very psychedelic song….

In fact, not all the verses, as Noel Gallagher says, are really meaning something….some of them are just fun, some others describe personal histories of the two brothers.

Drugs could not be  the only meaning of the song, in an interview Noel would have said that the lyrics are “about when you’re young and you see people in groups and you think about what they did for you and they did nothing”

but he also said about the verse “Well, Slowly walking down the hall, faster than a cannonball ” I don’t fucking know what does that mean…. But are you telling me, when you’ve got 60,000 people singing it, they don’t know what it means? It means something different to every one of them”.

Maybe this is the most important thing of the song, it can have different meaning to each one of us …is for this reason that we all love it