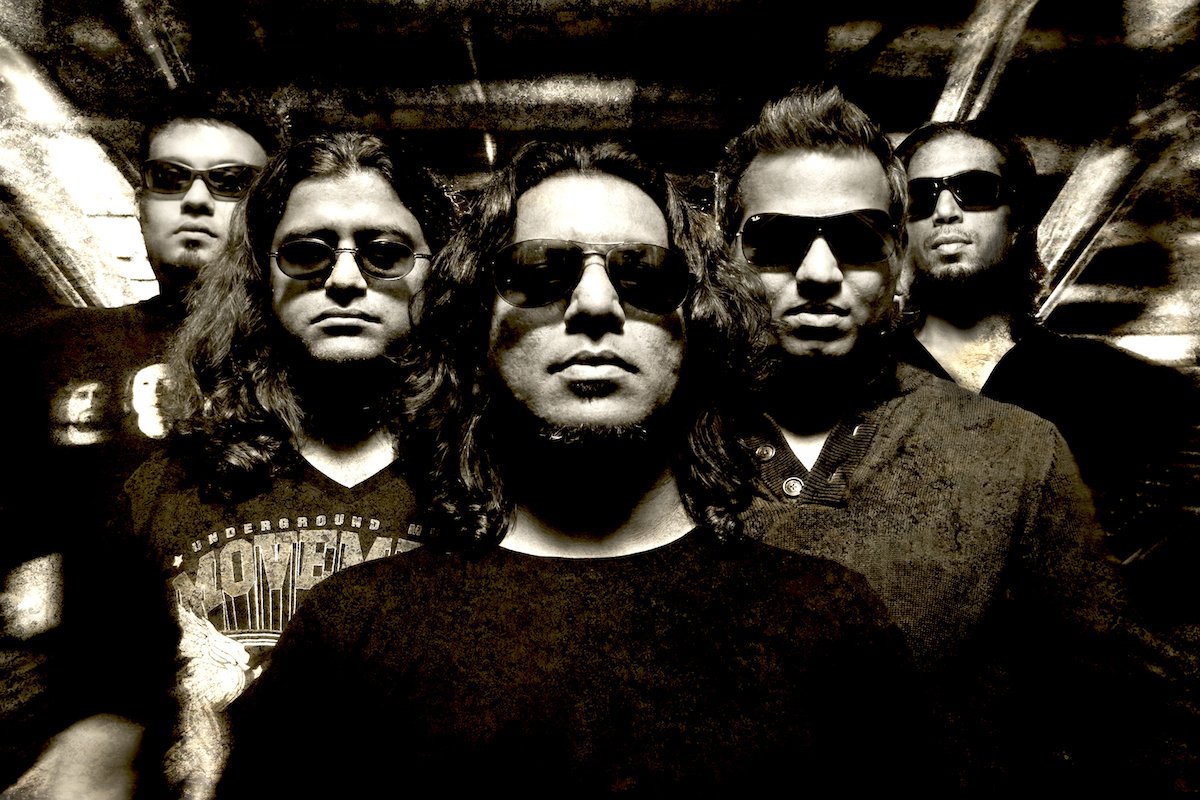 Changing the world with Rock Music – Interview with Point of View

First interview of 2014 is with Point of View, http://www.pointofviewonline.net , a band from Dubai.

Waiting for their new album set to be released at the beginning of 2015, you should not miss “Revolutionize the Revolutionary” their first album.

Today you will discover everything about the lyrics of their songs “Unreal” and “Third Eye” and about a very special friend of the band…..

RYL:  Your target is to change the world, what you currently do to achieve it?

RYL:  One year after the release of your debut album “Revolutionize the Revolutionary”, how would you describe its success?

Point Of View: Success is a very subjective term. It’s a state of mind. We have never worked for success. We just work because we love making music and it’s a force that enables us to focus on our positives. Success means one fan writing in to us, telling us how this album brought a smile to his/her face.

The album has had some fantastic reviews from the local press and a sizeable amount of International press. Our business model is charitable, where most of the proceeds from our music sales go to Animal Welfare. We have managed to pledge support to local Animal Welfare organizations like DUBAI PROJECT FOR SENIOR DOGS and to www.worldforall.in

Commercially the album has sold the maximum number of copies than any other band in the Middle East, in the ROCK GENRE. Loads of fans have commented on how they love the fact that we are trying to bring back the 90s sound with the aggression of the current sound. Guitar solos had gone missing in today’s rock/metal songs & when we get kids coming and telling us that they love the guitar solos on the songs, it only translates as success to us.

RYL:  What was its main achievement?

RYL:  Pick one song out of it that, lyrically, represents you more than the others…..why?

3 of us in the band ; Royden, Nik and Chiro come from India. Murtaza comes from Pakistan and Shak comes from Bangladesh. Other than the fact that we play in the same band, we have another common factor that has played a role in our lives. Each of our countries have suffered a massive onslaught of communal and corrupt politics which has eventually brought nothing but struggle and suffering to the hard working common man. We believe that Education, Awareness and Liberation from the Caste System is the only way to help our cash rich countries experience the benefits of a system that has been sold to the hands of corrupt politicians.

THIRD EYE is a song that talks about the same subject. It talks about, how the common man is slowly and steadily rising to the occasion and empowering him/her to fight this age old corrupt system that has plagued our respective societies. The THIRD EYE refers to annihilation. It also has a reference to THE INNER SELF. Both these factors are combined into being the subject line of the song “THIRD EYE”.

RYL: How do you write your songs? How difficult it is?

Point Of View: As you must have noticed and as a lot of other press has quoted, our songs are very riff driven. I guess that’s our strong point. We write the riffs first. Then we formulate the structure of the song. The lyrics usually come in at the end. So we essentially work out complete songs on acoustic guitars and then share it with the band members for them to come up with their additions, thoughts and deletions. It’s an evolving process and everyone in the band adds their flavor before the final dish is ready to be served

RYL:  Dubai Rock Scene is getting stronger and stronger and you are one of the major contributors to its success; how it does make you feel?

RYL:  Tell us everything about the song “Unreal”… what is the meaning of its lyrics?

Point Of View: UNREAL is a song that was never meant to be on this album. I wrote it for my wife who was then my girlfriend. It was one of those songs which I wrote for myself. Royden heard the song and he came up with these very DREAM THEATRISH ping pong delays. Then Murtaza came in with this awesome bridge section. And then Royden threw in a mad guitar solo. And then Chiro said, why the F*&*^% don’t we have this song on the album? And none of us had an answer to that. That’s how it ended up on the album.

The lyrics are pretty simple. It’s a mushy love song that talks about a lover you have been missing. It’s nothing complex really. It’s a straight forward love song. That’s all that it is.

It’s the only love song on the album and is clearly the most popular song with the masses. Most friends tell us how, the simplicity and melody of this song takes them back into the good old 90’s rock ballad era. We all come from that era and it’s amazing to know that we wrote a song that appeals to everyone who loved that era.

RYL: Local bands are getting excited for the Rolling Stones concert that will be held in Abu Dhabi in February. Are you going to open for them?

Point Of View: I personally am not a fan at all. Black Sabbath is coming too. I sure hope we get to open for them J

RYL: Few months ago we interviewed Bumblefoot…… he told us about you…… he loves you guys….. J , how was the experience to collaborate with such a talented guitar player and, especially, such a special person?

Point Of View: I could write a book on this question but I’ll do my best to summarize it by saying that, we call him HUMBLEFOOT. Most down to earth, loving, encouraging and super positive human being we have ever met. Not to forget the fact that he’s super talented. Musicians from this era have so much to learn from a person like him if they decide to put away their complexities, insecurities and egos aside for a moment.

We have this joke in the band that GOD MADE ONLY ONE PIECE LIKE BUMBLEFOOT.

Being with him and touring with him has been a spiritual experience. The band has learnt a lot. The band has eased out a lot. We got some lessons that we will take to our graves with us, thanks to the man that he is. He has never shied away from promoting us, an unknown band from Dubai. A lot of people have a tough time believing that hes done all this for us, with no expectations and for his pure love for music. That’s how people and the industry has become. People have no faith left in goodwill and charity. It’s a give and take world we live in unfortunately. Bumblefoot is the exception. We will always wish him and his family nothing but the best always.

RYL:  When you will release the next album?

Point Of View: We are looking at end of early 2015 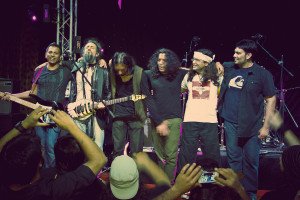