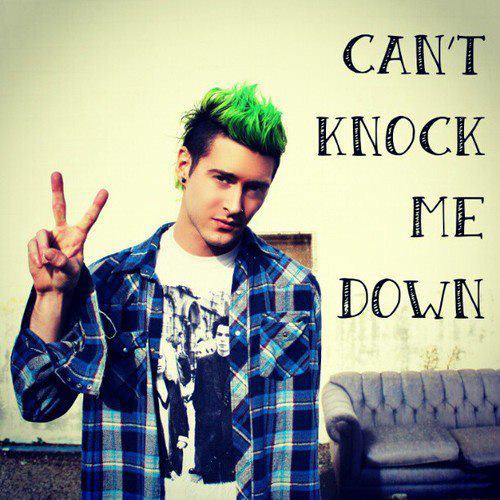 While we were preparing the interview with Matt Toka we visited his website (www.matttoka.com) and we were impressed ….not only by his new songs ( “She’s an angel” is our favourite ) but also by his willingness to make it.

A lot of new things are happening on Matt’s life : a new contract with Warner Bros, a new album and the collaboration with Rob Cavallo, producer of Green Day, Alanis Morrisette, Kid Rock, Meat Loaf,Shinedown and many more.

Life wasn’t always easy for him and the new record is talking about “how hard life can be but you can’t let the small stuff bring you down. There’s a lot of shit you can’t change, so make an effort to enjoy every minute. You can turn any kind of energy into something positive. If life gives you lemons, make a fucking drink”.

We love his philosophy of life and we thank Matt for the time he dedicated to us….

RYL:Would you prefer to play few songs with the Foo Fighters or the Green Day, your idols when you were kid?

MT: That’s so tough but I think I have to go with Green Day. Dookie was the first album I ever owned.

RYL: From where do you take inspiration for your music?

MT: Life experiences and bands I grew up on.

RYL :In the American Rock Scene who are the emerging singers/bands that you like the most?

MT: I love The Wonder Years and The Story So Far right now.

RYL We listened to your song “Get money” we found the idea of using poor people in the street brilliant as it is brilliant the verse “Whoever said that more money, more problem it is a bitch!” Can you give us some back-scene funny episode in the making of the video?

MT: Nothing funny really happened. Making that video was life changing for me. Seeing so many people with nothing really put my life into perspective. It’s easy to see what others have and want that, instead of looking at all you have and making that video made me see that I do have a lot.

RYL Let’s talk about lyrics, the song “She’s an angel” , can you tell us how you wrote these lyrics? She was really wearing high heels on the shower?

MT: That song was written literally in ten minutes after a bar hook up. Every word of it is true.

RYL We are very happy you got to sign your second record deal, any tour planned? You are going back to the Warped?