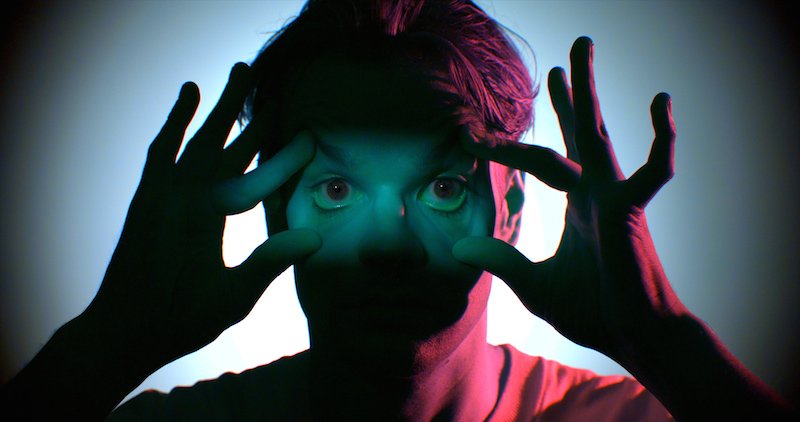 RYL: tell us everything about your project/new album…

Sterling Fox: I have been writing songs for many years. Mainly I’ve written for others as a ghostwriter, but lately I have begun to write for myself more and more.

It started as a little side project, but as songs have gotten finished, I’ve realized that the music holds a lot more weight than much of the other stuff I have written for pop stars.

The tunes also seem to be taking shape thematically into an album, which I’m calling Cheerleader Heaven. Most of the songs are narratives with characters and story-lines.

It’s an older approach to songwriting that I enjoy at the moment.

Sterling Fox: The song is about a trust fund girl from New York who likes to blow a lot of adderall and dance. It is inspired by several people I have worked with and/or dated.

Caroline is based on a fun but tragic friend that we probably all have. Musically, I think the song was inspired by the Beatles, Blur, Suede, Bowie, and Alt-J a bit.

RYL: Is there a common inspiration in all your songs?

Sterling Fox: Each song is different, but lately I have been writing about tragic characters. The songs are kind of half homage, half sardonic.

They aren’t really negative songs necessarily, just hopefully carry a deeper truth about life in America or in NYC where I live. Some friends have called my music “psychopop” before, so I guess that might be a good indication of what you’re getting into when you listen to one of them.

RYL:  Do you remember how the lyrics of “Holy” have been written?

Sterling Fox: “Holy” is about Lana Del Rey. I worked with her on her first big song “Video Games”. Months later I bumped into her at a show, and she didn’t recognize me.

Being the brooding guy that I am, I immediately wrote most of the lyrics to “Holy” after that episode. It’s a sardonic religious hymn to a star.

It’s probably the most negative song I have ever written, but on the surface it sounds deliriously happy until you dissect the lyrics a bit. I don’t really harbor any ill will – it was just something I needed to get off my chest at that particular moment to stay sane.

RYL: what does your songwriting process typically look like?

Sterling Fox: My process is different every time. For sessions that I do with other people, there is typically pressure to write quickly.

For my own material, I take months on songs most of the time. I tend to over think a lot, both with actual lyrics and phonetics and rhyme scheme also.

I tend to treat each song like a painting. The album will be the gallery show.

RYL: what is the lyrical meaning behind the verses of “Ghost”?

Sterling Fox: “Ghost” is styled after 1950s car crash ballads – those ones where the boyfriend drives off a cliff on prom night. It’s about a car crash victim who visits their significant other in the form of a ghost every night.

Under the surface, it’s actually about feeling closer to someone when they are out of your life than when you see them everyday. Absence makes the heart grow fonder.

RYL: which is your favorite song  (lyrically speaking)?

Sterling Fox: I like “Born to Run” by Springsteen. It’s vivid and angsty.

RYL:  How do you see your music evolving in the next few years?

Sterling Fox: It’s hard to say. I want to say it’s going to get more complex.

The first batch of songs I’ve made are all pretty basic chord wise and what not. I wanted to do that first to see if I can execute basic pop songs and then progress technically from there.

RYL: Which is the latest song you wrote that hasn’t been released yet ?

Sterling Fox: I wrote a song called “Ghost Town” that Adam Lambert is releasing as a single in a few weeks. I really love that song, so I’m also going to throw out a rock version at some point around then as well – kind of like an alternate interpretation of it. Both should be out in the next month.

RYL: tell us about your upcoming tour schedule (if any)….

Sterling Fox: I’m planning a subway tour this summer in NYC. Each day I’m going to play on a different subway platform around New York City