London-based artist, Chelou, shares his new single “She Rock I Roll” off his forthcoming debut album, ‘Out Of Sight‘. They say anticipation is half the pleasure, and in the case of Chelou, it’s been a steady yet unhurried build up to his first full length. The result is an intoxicating set of folk-blues beats and Chelou’s hauntingly vocal. ‘Out Of Sight’ is set for release on April 26th via Concrete Dog Records.

Chelou’s beautifully blurry, hypnotic sound isn’t reflective of his earliest influences – Neil Young, Led Zeppelin, Bob Marley, Nick Cave – but when it came to songwriting, “morose acoustic music,” won out. “I’m hopeless at parties,” he concedes. “I want to put Leonard Cohen on! I like anything in the A minor key and I love a good melody.”

If the Chelou sound is a blissful brand of melancholy it’s rooted as much in the 21st century. Dance music was a staple when he was younger with its electronics and ballad-esque vocals having it’s own impact on this musical output.  Fittingly producer / DJ Maya Jane Coles has been a key mentor – Chelou featured on two of her tracks ‘Believe’ and ‘Darkside’ and she was the main collaborator in shaping and making ‘Out Of Sight’ along with Cam Blackwood (George Ezra, London Grammar, Florence & The Machine) and LOXE.

With Chelou’s initial releases picking up consistent support from Annie Mac, Tom Ravenscroft, Lauren Laverne and Huw Stephens, it was ‘Halfway To Nowhere’ that proved the breakthrough track clocking up 4m plays on Spotify and over 5.5m on YouTube to date. Chelou wrapped up 2018 with the single release of ‘Out Of Sight’ – on his own label Concrete Dog – alongside his most recent show, supporting Charlotte Gainsbourg.

Chelou has stayed true to the intimate, organic DNA of his sound. “‘Sorry’ is the demo version, as I couldn’t recapture the same emotion again” and ‘She Rocks, I Roll’ “takes you on a journey,” he says.  There is real life in these grooves, and stories to tell. His family features heavily across his music and visuals. It’s Adam’s mother on the album cover – a woman being fired from a cannon – who ran away at 15 and joined the circus; ‘Lil Sis’ inspired by discovering he had half siblings from another relationship resulting in a half-sister singing backing vocals on a number of his releases.

Chelou translates to ‘shady’ or ‘hidden’ in French and the man born Adam Gray has “spent a long time not revealing much, but it wasn’t exactly intentional,” he says. “I originally wanted to be a songwriter and not a stage performer, or even a singer.  I began to create a world outside of my everyday existence, starting with the name Chelou, and once it all started happening, it fit my natural personality.” This extends to his videos, all of which have been animations to date.

Having reached a good place, Chelou is no longer out of sight, but here and now, with an album that has made the wait all worthwhile. Chelou will be touring across Europe during April with a headlining show at London’s Jazz Café on May 3rd and an appearance at All Points East later that month. See below for the rest of Chelou’s EU tour dates. 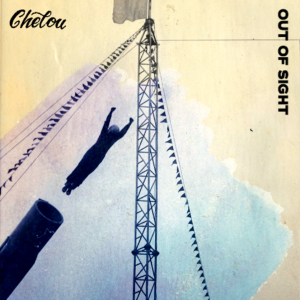