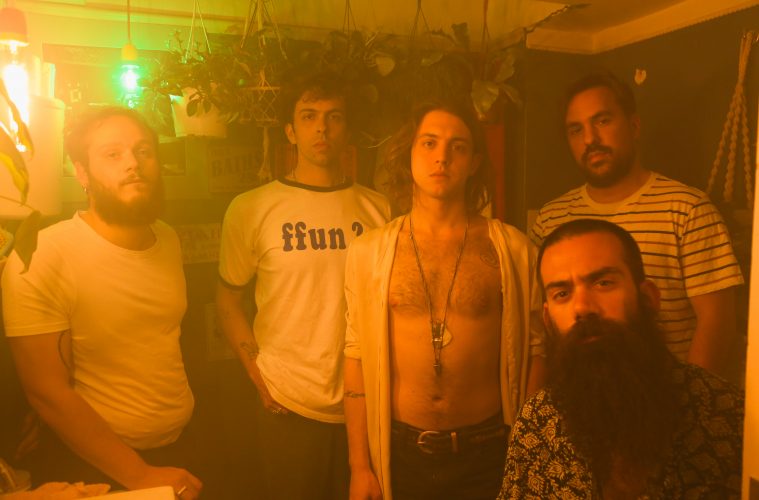 Chickn announce the release of their third album. “Bel Esprit” is due out on October 18 via Inner Ear Records. The follow-up to last year’s “Wowsers” sees the Greek psych-heads exploring a variety of different styles. From blues-rock to synth-prog and beyond, “Bel Esprit” will generously provide you with all the touchy – feeliness you’ll ever need. It will be hidden inside intimate voices telling distant stories, cosmic whistles or even in the form of cadenced grooves from outer space. “Bel Esprit” was recorded between March and June of 2019 in Athens, Greece engineered by Nikos Triantafyllou and Iraklis Vlahakis, produced by Angelos Krallis & CHICKN.

“Infrared Panda Club” is the first offer of CHICKN’s third LP “Bel Esprit”, track-listed third on the album. A truly bizarre yet uplifting song that popped Angelos, the band’s guitarist and vocalist, out of a nightmare some months ago and furled into the smallest club into this world. It’s nothing more but an Infrared, meaning when not using a filter the club behaves like a normal club with no special characteristics. Alike Panda bears, it involves gallons of water. Feel free to join the Club!