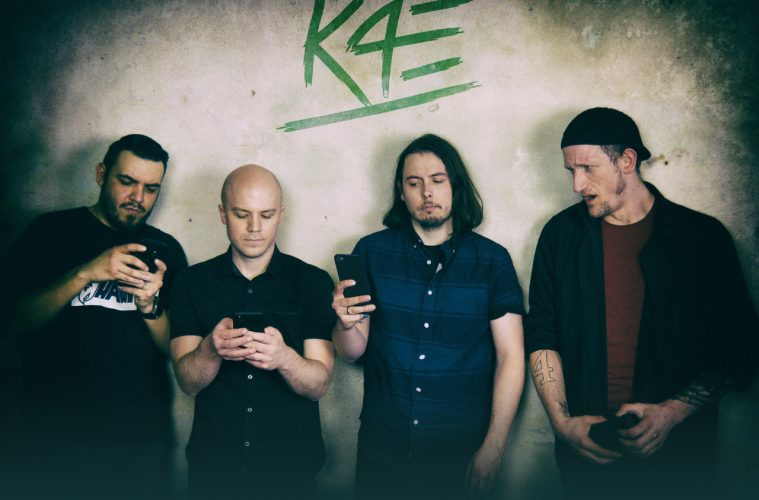 The Children of Oblivion – Interview with Kemo For Emo

Lyrics almost always come first in the song writing process for me.  I have 100’s of songs, poems, and short stories written because once I am inspired, I have to get it out of my head and on to paper.  Great lyrics only happen when you really have something to say.  Some of the best and most influential lyrics are written in under 5 minutes.  It honestly is all about inspiration.  For most of the catchy songs I would say it has to do with the punch line.  Typically, a saying or creative response I hear from someone will inspire me to build a song around that.  Using the context of the situation to build the verses while the main saying is almost always the punch line of the chorus.  If the song is more emotional, it usually starts with describing a feeling.  Once all of the feelings are poured out on paper it needs to be organized and given a rhyme scheme.  But overall, it’s a very organic process for me.  Very therapeutic.

Honesty.  I believe if you want to say something, all a good song needs to be is honesty put to melody.  No one can fault you for sharing your thoughts or feelings.  It’s yours.  The song should always be written for you.

I welcome it.  There are a lot of people who have opinions based strictly on assumption.  I believe with each album that we release; I am leaving a time capsule of sorts.  An audible legacy in chronological order that will allow anyone, a stranger, to listen to my albums in order and understand who I was and what I was going through at that time.  My lyrics are always personal and always from the heart.

That’s a difficult one.  There are so many that mean a lot to me.  The most common one brought to my attention is from the song “The Straightline”.  I was trying to support a friend who had a very bad problem with drugs and alcohol.  So, I wrote a lyric that described what his actions were doing to me as his support system.  He was an avid cocaine user, so I used that reference to translate what I was feeling at the time.  “Take a look in the mirror, and read between the lines, your friends are behind you, open your eyes.  There’s no secrets or salvation found in slow suicide, because if you fall, the bullet will land right between my eyes”.

The mirror, a reference to cocaine as well as the “read between the lines” lyric.  If he would look at his reflection, he would see me standing behind him, having his back.  But with the drug use he has a metaphorical gun pointed at his head.  If the trigger was pulled and he fell (died) the bullet would hit me instead.  Basically, losing him to this addiction would destroy me.  It wasn’t just his self-destruction, but the collateral damage around him as well.

What inspired “Muse For The Moment”, part of your latest album “The Children of Oblivion”?

There were a few years where I really dove into Facebook and Instagram to spread word of the band, as well as make new friends.  I noticed a true trend of emotional shallowness and disconnection.  There was very little emotional depth and almost always a complete self-obsession amongst everyone I saw on there.  Every relationship was fleeting.  I noticed the same pink haired girls, taking selfies, and posting every emotion they were “feeling”.  It became a performance where once the lens was off, no one really knew who they were.  They needed the constant feedback and attention that social media was providing.  That’s why I wrote Muse for the Moment.  It was a true selfie of modern relationships and self-image.  I wanted to capture that because I believe it is a pivotal marker on the timeline of human evolution.

Unprepared almost stems from the same feelings.  I see an old man mowing the yard while his children are inside, in the A/C playing video games and eating junk food.  It really made me think about this man’s legacy.  There was an era of men who had a true work ethic.  Who literally put their blood sweat and tears into building the entire infrastructure of modern life.  The guys who built the bridges, and skyscrapers, and dams, all with their bare hands.  The guys who served in multiple wars, then came home and provided for their families.  The women who worked in factories and treated like a secondary class.  The world has made many social advancements, but there are people who had to live through that that are still around.  Our generation has built a digital world that is all consuming, but the past generations are stuck keeping the real world put together.  The hard-working men and women who built what we all take for granted.  I believe to myself that the world will not make people like that anymore.  So essentially if the world goes dark, we are extremely unprepared.

Do you remember the day you wrote “It’s All Different Now”?

I do.  This is one of those songs that came out of my head in under 10 minutes.  I was one of the many who had to endure Hurricane Harvey here in Houston.  Something that struck a huge chord with me was the change I saw in children.  As a kid we can all remember that our parents were invincible and that we were eternally safe.  Then there comes a day where we realize our parents are just people and no one has control over fate.  After Harvey, many kids lost their homes and even loved ones.  To see the looks on their faces as they are boated away from their safe place (home), it’s almost like watching them grow up too fast.  It’s all different now is taking the naivety of children away and giving them an abrupt and disruptive reality check.  It’s something that was heart breaking to see.

Everything in this album has to do with the modern age of technology, and the lack of face to face communication and relationships.  With social media and dating apps, we have, ourselves become products to sell.  I believe eventually this will alter humanity and our ability to be truly human.

The goal is the Tonight Show, but I believe we will start with making a few more videos, and a few short tours.